New Yearly Lows In The USD/CHF

Is The Downtrend In The Swissy Finally Over?

If you take a look at the daily charts for the USD/CHF and gold, the similarities are striking. Aside from being exact opposites (uptrend vs downtrend), price action over the past four days has largely mirrored one another. For the Swissie, the action has been dramatically bearish, taking out January’s lows.

A bit earlier, the 3 and 6-month U.S. T-bill auctions were held. It looks like government bonds are the one safe-haven investors don’t want:

Today’s debt auctions brought more of the same for T-bills as yields once again fell. This has been the trend for quite some time now, and one that is not likely to end as the FED ramps up quantitative easing efforts.

The bear run in the USD/CHF is showing no signs of slowing down. Earlier in the session, January’s lows were taken out as the market put in proximity test of .9700. 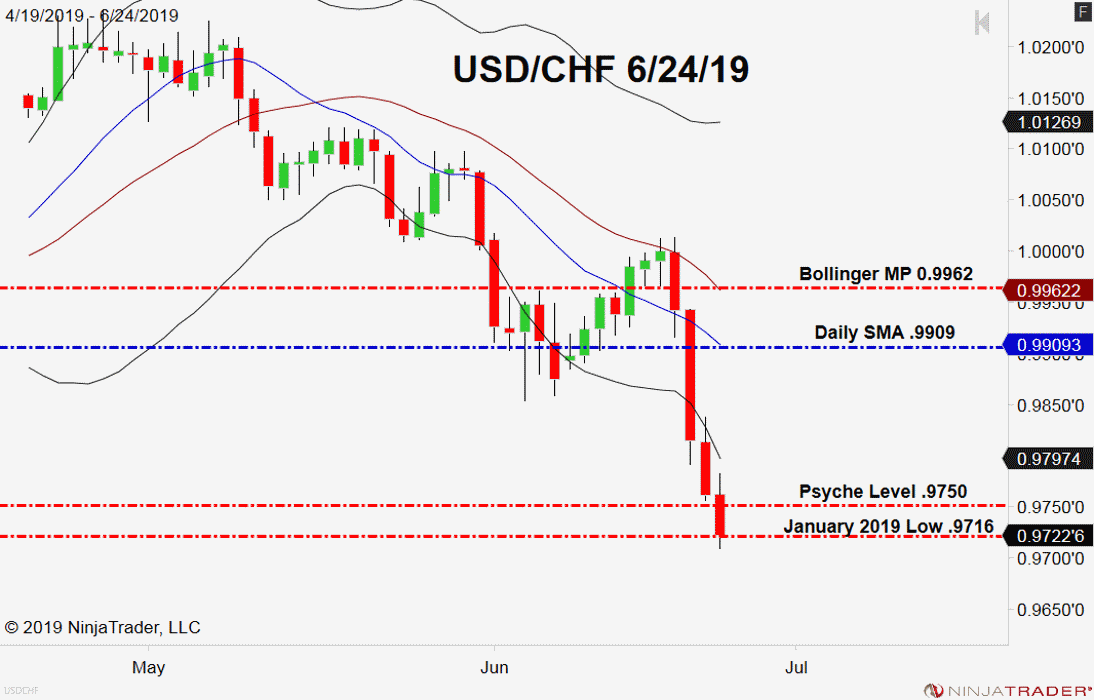 Overview: As in the GOLD markets, there just aren’t a lot of technical support levels to hang our hats on for the Swissie. The .9700 handle is putting up a fight and may prove to be valid support. If so, a shorting opportunity in the USD/CHF from a Fibonacci retracement level may come into play later in the week. As always, stay tuned to the live news feed for details on how to play the action should the setup arise.