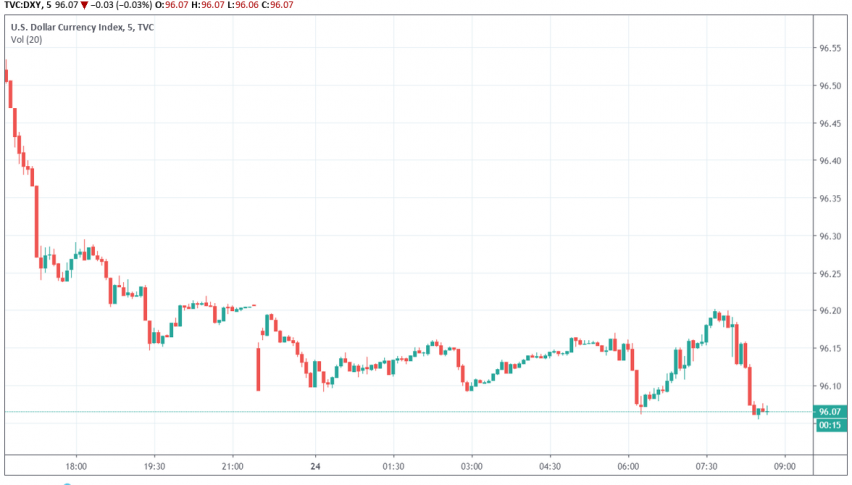 The US dollar continues its bearish run from last week into the new trading week in anticipation of the upcoming meeting between Trump and Xi Jinping at the G20 summit. At the time of writing, the US dollar index DXY is trading at 96.08, following the biggest weekly decline in four months during the previous week.

Ever since the Fed turned dovish at the last FOMC meeting and hinted at the possibility of an upcoming rate cut happening as soon as July, the dollar has been weakening against major global currencies. Weak economic data as well as falling inflation have forced the Fed’s hand at easing the monetary policy, a move several central banks have been making of late.

Last week, the US dollar lost 1.4% of its value over rising concerns about a possible slowdown in global economic growth. This week’s focus will be on the US GDP data as well as Trump’s meeting with Chinese President Xi Jinping at the G20 summit.

After weeks of heightened trade disputes, the two sides are finally getting ready to resume their negotiations. Will they be able to lift the current mood in global financial markets?