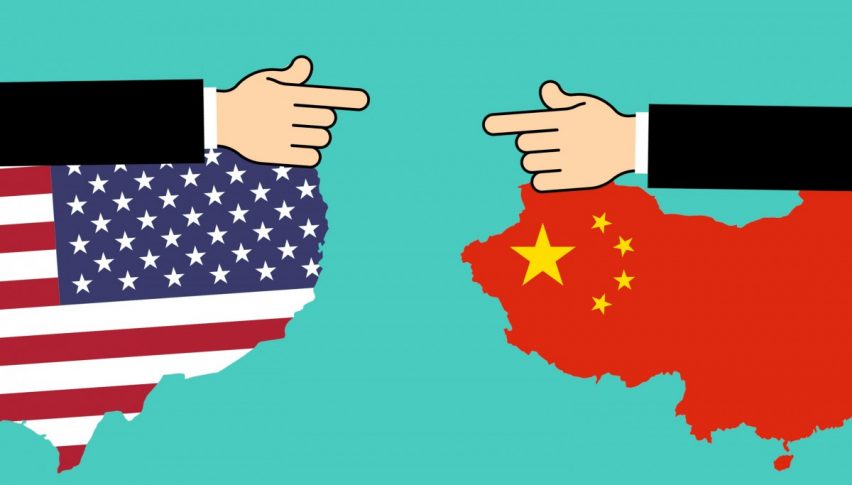 Trading this past week had been such a rollercoaster ride, with gold crossing over $1,400 level and Bitcoin crossing $10,000 mark. Almost 4 of the central bankers revealed their stance on future monetary policy, signaling that banks are prepared to take new measures to strengthen and extend the business cycle.

Draghi, speaking for the ECB, the Federal Reserve, and the Bank of Japan ratcheted up their concerns, which, even without new initiatives, were sufficient to drive interest rates lower. The coming week is equally crucial from fundamentals viewpoint as the most awaited G20 and OPEC meeting are scheduled this week.

EUR – German Ifo Business Climate – 8:00 GMT
Germany’s business climate has been suffering since Q4 2018 as it used to be around 102. Ever since then the figure has dropped to 97.9 due to economic instability.

The business climate is a survey of about 7K businesses which asks respondents to rate the relative level of current business conditions and expectations for the next six months. This survey is highly respected due to its large sample size and historical correlation with Germany and broader Eurozone economic conditions. It tends to create a strong market impact upon release. This month, economists are expecting another drop from 97.9 to 97.4, which advocates ECB’s remarks to keep policy accommodative.

OPEC Meetings – All Day
OPEC countries represent around 40% of the world’s oil supply and are unified in their oil output levels. With so much authority over oil’s supply-side, shifts in their production levels can have a significant impact on oil prices.

OPEC meetings are typically held in Vienna and are attended by delegates from 15 oil-rich countries. They address a variety of concerns concerning energy markets and, most importantly, members agree on how much oil they will produce. The meetings are closed to the press, but officials normally talk with reporters throughout the day, and a formal statement covering policy shifts and meeting objectives is released after the meetings have concluded. OPEC members are concerned about oil prices, and they are most likely to discuss the extension of the production cut.

USD – CB Consumer Confidence – 14:00 GMT
Financial confidence (consumer confidence) is a leading indicator of consumer spending, which accounts for a majority of overall economic activity. For instance, you will spend more only if you are confident about your job or business. It’s pretty logical to say better than expected data is considered good for the economy. As per economists forecast, the consumer confidence is expected to be 132.0 in June, down from a robust 134.1 version in May.

USD – Fed Chair Powell Speaks – 17:00 GMT
The Federal Reserve Chair Jerome Powell is due to speak about the economic outlook and monetary policy at the Council on Foreign Relations, in New York. Consider the FOMC; he maintained a robust dovish stance to keep the dollar weaker. The US President Donald Trump keeps pressuring Jerome Powell to keep policy dovish. Chances are, Powell will keep policy stance bearish, making the dollar weaker.

Besides, the house will be open for audience questions, and the media may be interested to know more about the next policy. Somehow, any intentional or unintentional remarks from Jerome Powell will help determine further moves in the Greenback.

NZD – RBNZ Rate Statement – 2:00 GMT
The Reserve Bank of New Zealand (RBNZ) became the first major central bank to cut rates in May. Following the move at the May meeting, the RBNZ meets again in June but is projected to keep interest rate steady this time.

Recent data out of New Zealand has been more or less in line with the forecasts, with the economy growing by a reasonable 0.6% quarter-on-quarter rate in Q1. Although RBNZ isn’t expected to change rate, it may well give a clear indication about another potential cut at a near future meeting.

GBP – Inflation Report Hearings – 9:15 GMT
The Governor and the MPC (Monitory Policy Committee) are going to testify on the inflation report before the parliament. The hearings are a few hours in length and can create market volatility for the duration. Especially noted are the direct comments made about the currency markets.

Let us recall, the UK’s inflation rate is still in the range, but this month it fell from 2.1% to 2.0%. Inflation report hearing will help us understand the chances of future inflation and how BOE is likely to deal with it.

Less than expected economic growth is likely to pressure the Fed to keep the rates on hold while placing bearish pressure on the Greenback.

G20 Meetings
Before we discuss the expectations of the G20 meeting, let me give a short brief about it. G20 meetings are attended by finance ministers and central bankers from 20 industrialized nations, including the G7 countries – Canada, Italy, France, Germany, Japan, the UK, and the US.

Similar to OPEC meetings, the G20 is also closed to the press, but officials usually talk with reporters throughout the day, and a formal statement covering policy shifts and meeting objectives is released after the meetings have concluded.

The G20 meeting is under the spotlight due to the US China trade war. There was a huge relief when President Trump affirmed that the meeting between himself and President Xi is due on June 28 and 29.

Expectations are not very high that the two leaders will be ready to accept the terms and conditions of a trade deal. Economic conditions in both China and the US have worsened distinctly since the trade war. However, it is likely that Trump and Xi will at least get the ball rolling on restarting scheduled trade talks, which were halted for the preceding six weeks.

If Trump and Xi shock with a breakthrough, then risk appetite is likely to get a notable boost, with equity markets expected to be the biggest beneficiaries.

On the other hand, if both leaders fail to finalize a deal during G20 event, fears of a global recession from an extended trade war would only enhance, keeping central banks heavily on the easing path and dragging US stocks away from their current record highs.

GBP – Final GDP q/q – 8:30 GMT
This week, the Bank of England (BOE) maintained its hawkish bias even as more of its rivals moved towards a dovish statement and rate cut. However, the bank dropped its estimate for Q2 growth to 0%, emphasizing the heightened downside risks and raising doubts about its forward guidance. The pound fell slightly on the BOE’s statement and could fall again if Friday’s second reading of Q1 GDP growth is negatively revised.

Economists are expecting no change in the GDP data, as it’s likely to stay at 0.5% vs. revised 0.5% GDP in May.

USD – GDP m/m
The Bank of Canada, which lowered its hawkish bias back in April, could be on the verge of signaling a rate hike again after inflation grew by more than forecast in May. For now, another important fundamental for the BOC will be Friday’s monthly GDP estimate for May.

A robust number is likely to pressure BOC to keep policy hawkish, however, this month’s forecast is 0.2% growth, which is way lower than 0.5 %. Traders may keep Loonie weaker ahead of the news release.

That’s it for now, see you guys on Monday with exciting trade setups and forex trading signals. Good luck!