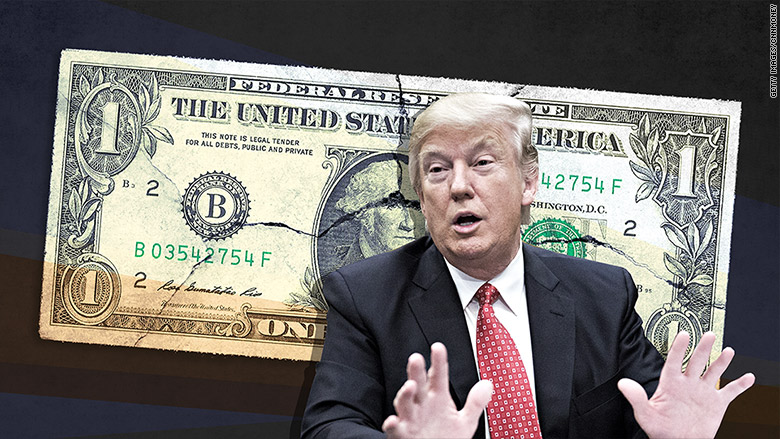 If the FED doesn't hurt the USD, I will

The USD Dollar has been on a bullish trend form more than a year, but it started turning bearish in recent weeks as the US economy turned soft as well, joining the rest of major economies of the globe. The Buck took a moment to breathe in the second week of this month, but it turned even more bearish after last Wednesday’s FED meeting, which showed that the FED turned pretty bearish. Odds of a rate hike increased further to nearly 100%, so the USD has been heavily sold off last week and that price action is spilling into this week as well, with the USD slipping lower today during the European session.

That has helped major assets climb higher today, such as GOLD which has made some gains and trading above $1,400, while the Euro is also grinding higher, despite the weak German Ifo business climate which has fallen to the lowest since 2014. Major market participants are pricing in rate cuts from the European Central Bank now, with HSBC predicting to 10bps rate cuts until the end of the year. Crude Oil is also benefiting from a weaker Dollar, but the main reason for last week’s rally continues to be the tensions between the US and Iran. The sentiment continues to remain negative in financial markets, which benefits safe havens such as the JPY and the CHF. 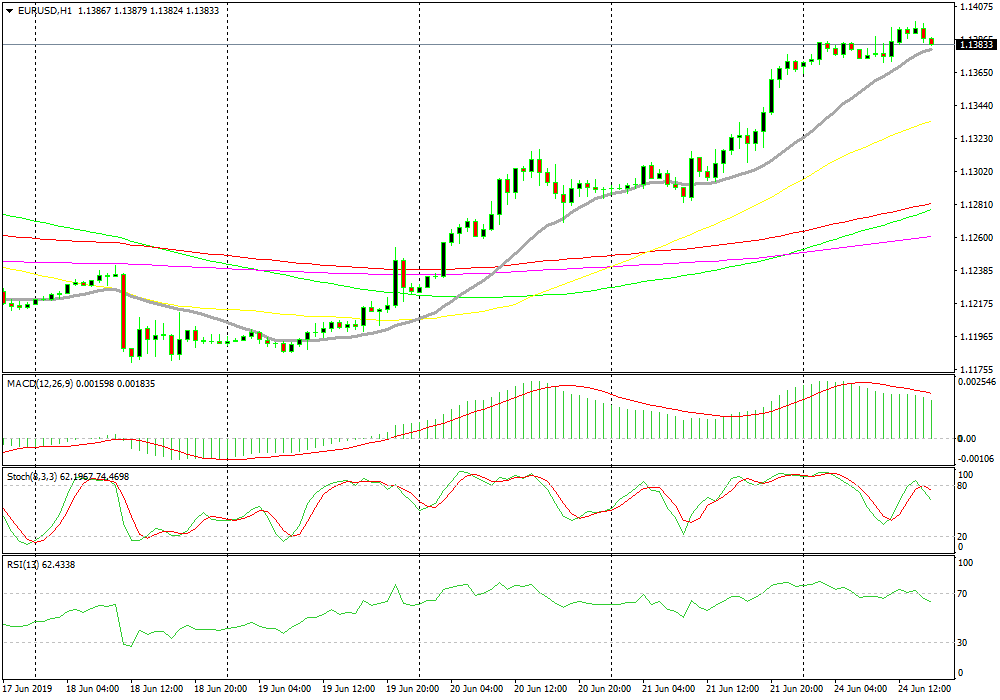 EUR/USD has been bearish for a long time, but it has formed a bottom above 1.11 and it is bouncing off that level as we saw last week after the FED meeting. The situation has turned bearish for the USD since markets are pricing in a 100% chance of a rate cut next month. As a result, EUR/USD has climbed more than 200 pips higher in the last few days and it  is finding support at the 20 SMA (grey) which is pushing the price higher.

Donald Trump is doing all he can to persuade the FED to cut interest rates next month. The FED have been out of touch with the situation though, hiking rates when inflation wasn’t showing any signs of improving and he wages were stagnant to for many years. But they can’t predict the trade war either. Anyway, let’s wait and see.