Bitcoin Breaks Above $11,000 Today As It Marches Higher - Forex News by FX Leaders 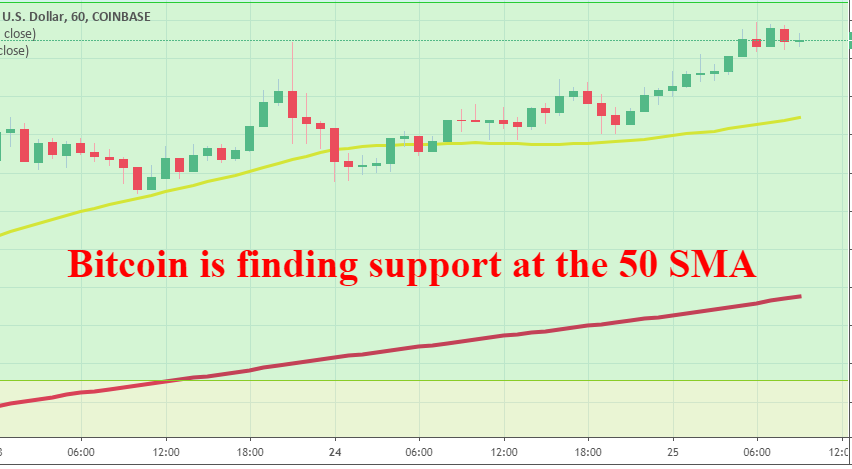 Bitcoin Breaks Above $11,000 Today As It Marches Higher

The 50 SMA is pushing Bitcoin up

Cryptocurrencies stopped the decline at the beginning of this year and traded sideways inside a range for a few months. After that, they started making a reversal higher and crawled up in the coming month, but then turned completely bullish once BITCOIN broke above the $4,000 level.

The major levels that provided some form of support on the way down, such the $5,000, $6,000 and $10,000 levels got broken without much resistance, which was a sign in itself that the trend had shifted to bullish now and the buyers were in control. Yesterday we saw the price pierce the $11,000 level but pulled back below it.

Today, the buyers pushed above that level and held the price above it, which means a proper break. Looking at the H1 chart, we can see that the 50 SMA (yellow) has turned into support for Bitoin. It’s not working exactly to the pip, but the price has bounced from around there a few times recently.That makes it a good pace to look for longs when the price pulls back lower, but let’s wait until that happens and then see how the price acts around it. So, that’s the plan, wait for a retrace to the 50 SMA and then look to get in on the long side.