Earlier today during the Asian markets oil prices dropped due to the US imposing sanctions on Iran this week after the last attack on the American drone. The fall in prices came after US president Donald Trump imposed a new penalty on Iran. Trump is expected to increase the pressure on Iran until the government stops its dangerous activities, including its nuclear program.

For now, all eyes are on the G20 meeting at Japan as the US President Donald Trump and his Chinese counterpart Xi Jinping will discuss trade-related issues. Technically, crude oil continues to be supported after it closed a bullish butterfly pattern on the daily timeframe. 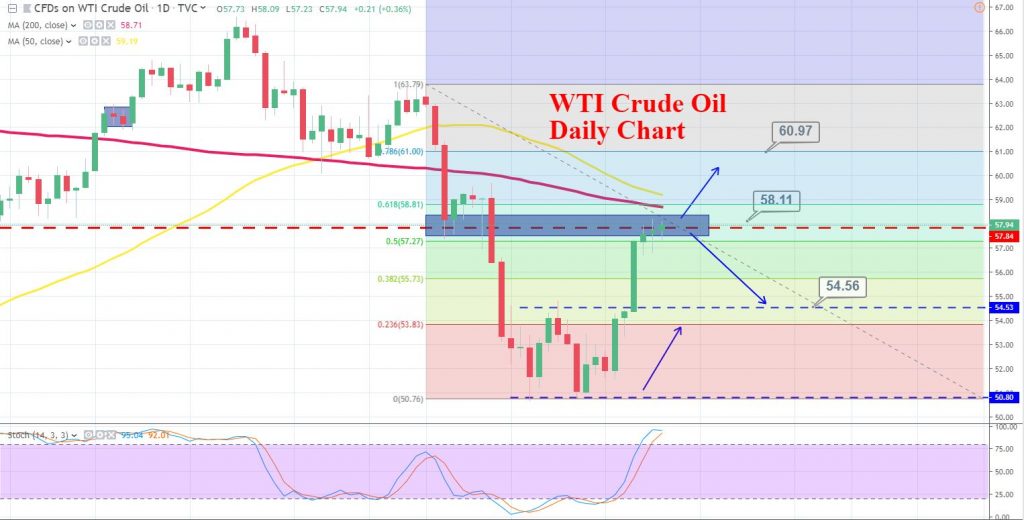