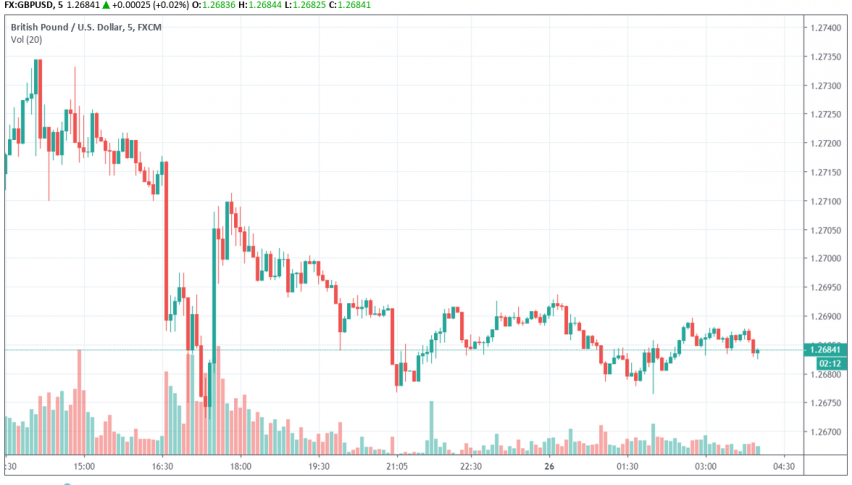 On Wednesday, GBP/USD traded weaker after rising to a one-month high the previous day as no-deal Brexit concerns surfaced once again. At the time of writing, the Cable is trading at around 1.268.

The last few days had seen the Pound strengthen against the dollar on the back of not too dovish comments from the Bank of England and a weakening dollar due to a dovish Fed. The dollar continued to trade weakly over sentiments of an upcoming rate cut for several days after the last FOMC meeting.

The race to find the next prime minister is underway and for several days, things were quiet on the Brexit front, which had also supported the Sterling. However, the emergence of Boris Johnson as the most likely successor to Theresa May has increased the possibility of a no-deal Brexit lately.

Known Eurosceptic Johnson has repeatedly stated his interest in keeping the October 31 deadline for Brexit, with or without a deal. In a recent interview with the BBC, he stated these intentions once again, and markets are concerned about the potential impact of a hard Brexit on the British economy.