Trying Our Luck in EUR/USD - Forex News by FX Leaders 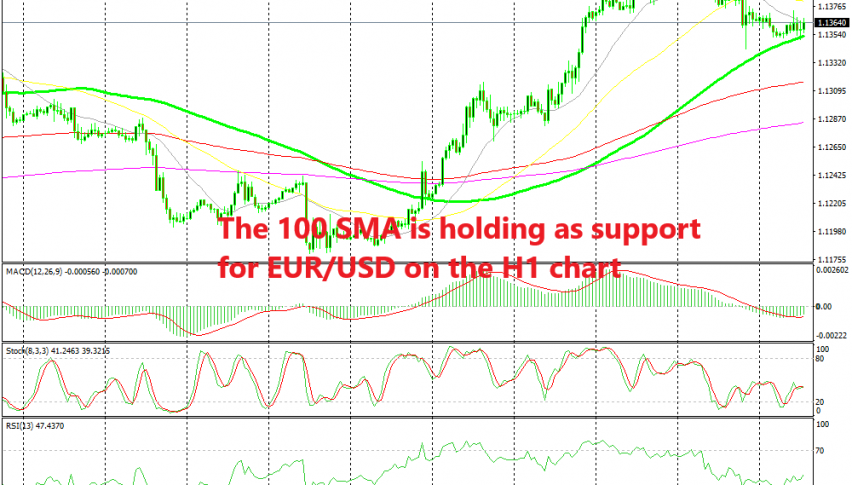 Trying Our Luck in EUR/USD

EUR/USD has turned bullish since the beginning of this month. It’s true that the Euro has nothing to be bullish about, but the thing is that the Euro has been bearish for a long time and the USD has been bullish for a long time. Now that the US economy has weakened considerably and the FED has turned dovish as well, it’s time for the positions to reverse for these two currencies, at least for some time until EUR/USD completes a retrace higher on larger time-frame charts and before the major downtrend resumes again.

EUR/USD made a bullish move at the beginning of this month, retrace lower in the second week and turned bullish again after the FED meeting last Wednesday. The 20 SMA (grey) was providing support last week for this pair and pushing the price higher. But now it seems that the 100 SMA (green) has turned into support after the pullback of the last two days. 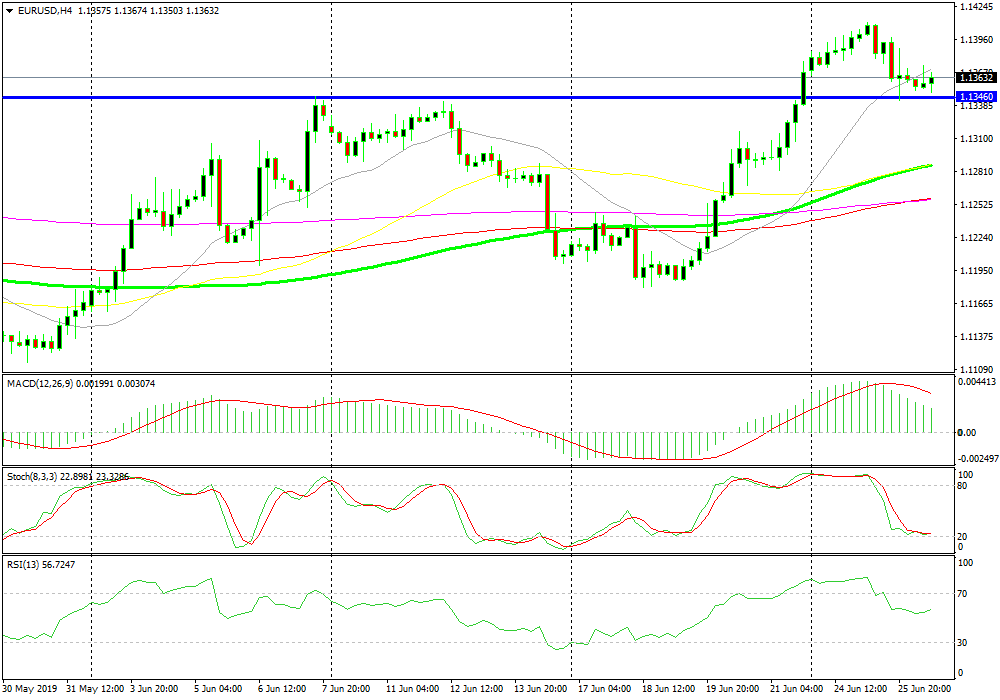 The previous resistance seems to have turned into support

The 100 SMA has been providing support for this pair throughout the European session today, forming a few small doji candlesticks above it, which are bullish reversing signals. The H4 chart also points to a bullish reversal and a continuation of the bullish, trend since the stochastic indicator is oversold now and the price found support at 1.1340s, which was the high two weeks ago, so the previous resistance has turned into support. We decided to go long a while ago and now the price is already starting to reverse back up.