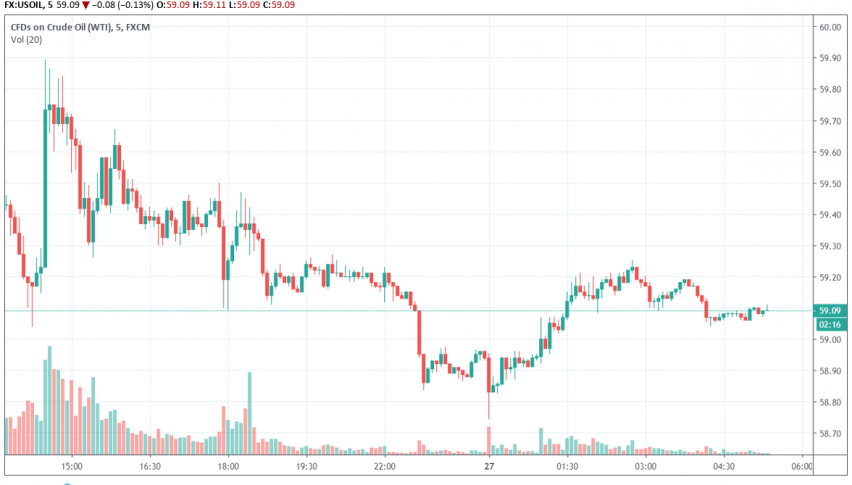 WTI crude oil prices are trading lower on Thursday, after having risen sharply in the previous session over a significant drawdown in US crude stockpiles reported by the EIA. At the time of writing, EIA is trading at around $59.08 per barrel.

On Wednesday, crude oil prices gained 2% over a bigger than expected drawdown in stockpiles as crude exports from the US touched record highs and refined crude stockpiles dropped to record lows. However, the focus has now shifted to the upcoming G20 summit as markets remain worried about whether the Trump-Xi meeting will lead to positive developments in the trade negotiations.

On Wednesday, US President Donald Trump continued to express optimism about his impending meeting with Xi Jinping, but also mentioned a Plan B in case things didn’t work out. In such a scenario, the US could consider reducing business ties with China, which has made the markets wary once again.

Gold Trades at Multi-Week High as US Dollar, Bond Yields Ease
24 hours ago