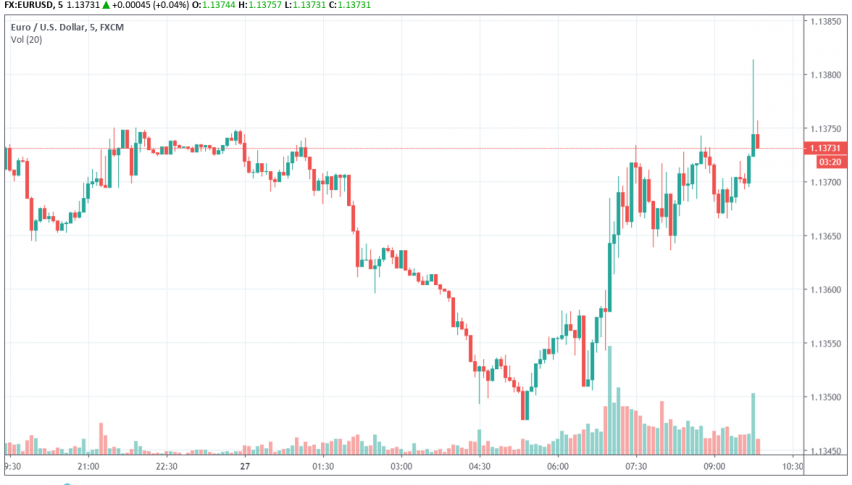 Economic sentiment dove in Eurozone to the lowest levels in three years during June over declining sentiment in Germany and Italy. According to data released by the European Commission, economic confidence indicator fell from 105.2 in May to 103.3 in June – the lowest it has touched since August 2016.

Even in Germany, this indicator saw a 2.9 point decline, bringing the overall Eurozone economic sentiment index down to 104.6 points. Eurozone’s industry sentiment also witnessed a decline by 2.7 points in June – the steepest fall in eight years.

The sentiment in the Eurozone services sector also declined by 1.1 points in June, while the overall consumer confidence saw a 0.7 point decline during the month. The Eurozone business climate indicator also dropped from 0.30 in May to touch 0.17 in June.

The only figure that came positive was that of retail trade, which saw a 1.0 point increase during the month of June. EUR/USD is trading slightly higher today, touching 1.137 at the time of writing.