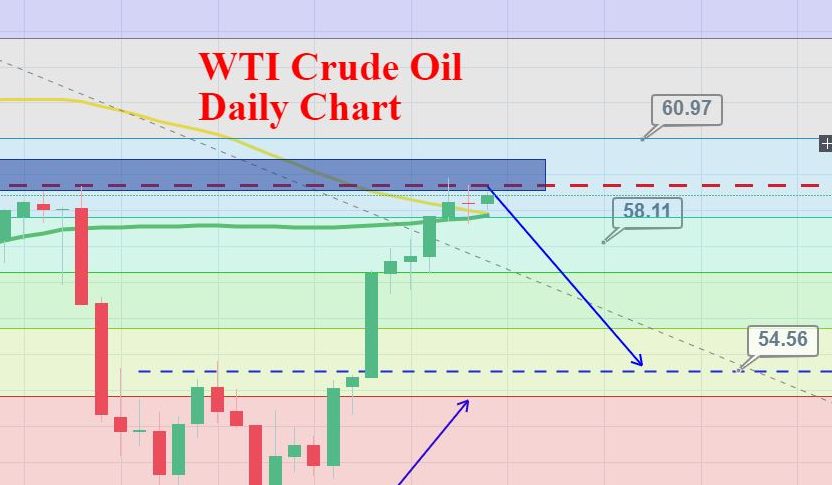 As expected, the market isn’t moving much due to uncertainty from G20 and OPEC meeting. Likewise, crude oil prices are also trading sideways in a tight trading range of $59.80 – $58.40 for two main reasons:

Both meetings have the opposite agenda. One can trigger bullish bias while the other can bring bearish bias.

On the other hand, Trump has been sending out different signals on the expected result of the talks between Xi and Trump tomorrow.

On the technical front, crude oil is still trading below 59.70 resistance area. Since May 2019, the market has tested this level four times but has failed to violate this. In fact, investors aren’t taking any risks ahead of G20 and OPEC meetings.

Consider staying bearish below 59.60 with an initial target of 58. Elsewhere, buying is suggested near 57.40 until we have further updates.