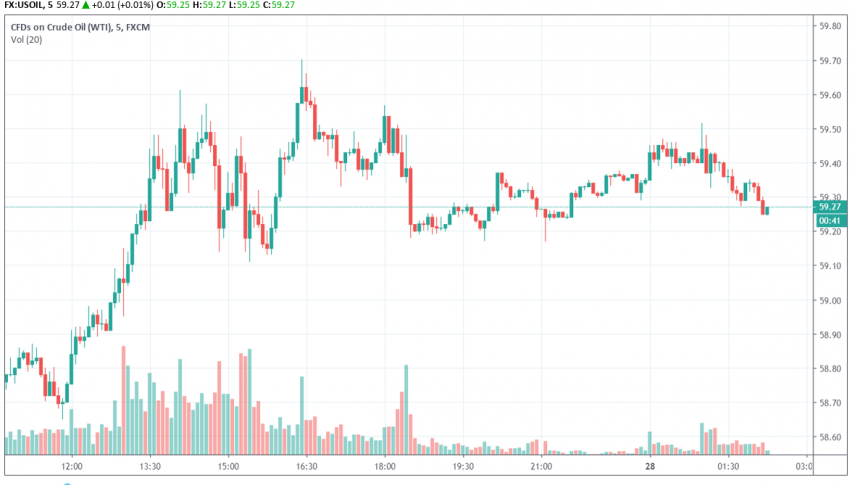 WTI crude oil prices are holding steady on Friday in anticipation of the G20 summit starting today. Oil markets await cautiously for the meeting between US President Donald Trump and Chinese President Xi Jinping as they resume negotiations over their trade disputes.

At the time of writing, WTI crude is trading at around $59.27 per barrel. Investors are hoping for talks to progress towards a trade deal soon. Several rounds of tariff hikes had markets concerned about a slowdown in economic growth leading to reduced demand for oil.

Crude oil prices have remained volatile recently for several reasons. The resumption of trade talks between US and China are offering some hope. Meanwhile, OPEC and its allies are meeting early next week to finalize whether to continue extending supply cuts that have been in place since the beginning of this year.

The US-Iran conflict also remains in focus after Trump imposed more sanctions on Iran early this week. Following reports of attacks on oil tankers in the Strait of Hormuz and in retaliation to Revolutionary Guards downing a US drone, the US had even contemplated launching a strike against Iran, which has been called off for now. However, with increased deployment of troops in the region, uncertainty remains high.