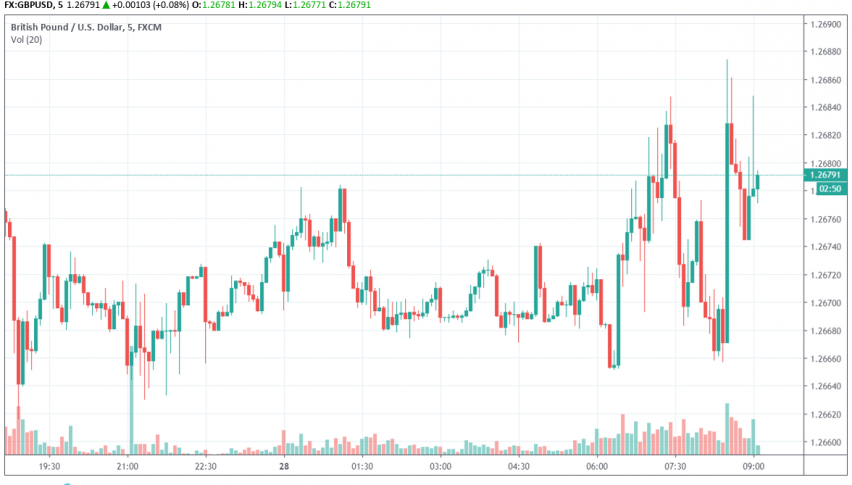 On Friday, GBP/USD continues to trade weakly over continuing concerns about the possibility of a no-deal Brexit. While there have been no major political developments so far, frequent comments from Boris Johnson insisting on a hard Brexit are exerting downward pressure on the Sterling.

UK’s GDP figures were released sometime back and revealed that the British economy grew by 0.5% during Q1 2019, in line with expectations. So far, GBP/USD remains unchanged on this data release.

Investors are keeping away from the Pound before the official announcement of the next Prime Minister, and that has also caused a weakening in the Pound of late. Johnson continues to maintain that Britain should leave the EU on the October 31 deadline, with or without a deal.

Weekly Outlook, March 1 - 5, 2021: Top Economic Events to Watch This Week
4 hours ago
French Economy Back in Recession Again for Q4 2020
France is back in recession after the Q4 GDP report came negative again
21 hours ago