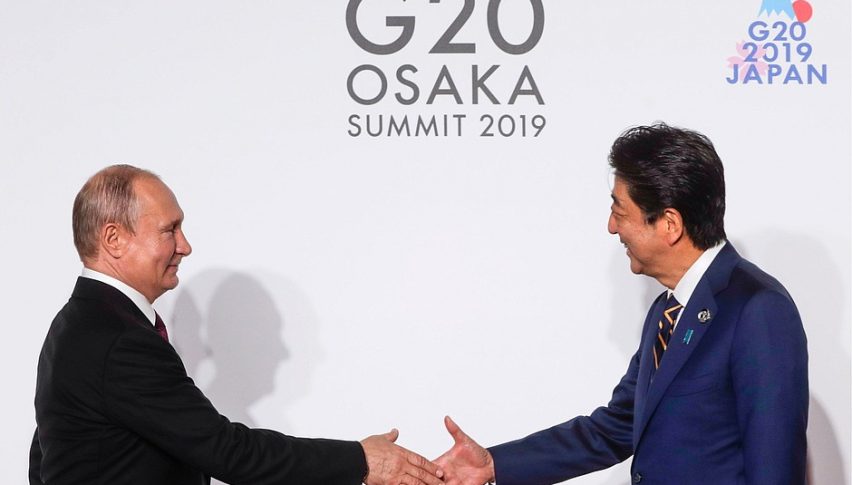 The world seems brighter after the G20 summit

The sentiment has been really negative in financial markets in recent months as the global trade war escalated and the global economy turned even weaker in Q2 of this year, than in Q4 of last year which was already pretty weak. The tones from US and China have been heating up further in recent weeks, which hurt the sentiment further. But there was a slight hope that the G20 summit which was held on Friday and Saturday last week would bring some positive outcome. But at the same time, there was the risk of another failed G20 summit which would turn the sentiment even more negative.

But the G20 Summit went better than most were expecting and comments from US President Donald Trump and Chinese officials now point towards a trade agreement soon. The meeting between Trump and the Chinese President Xi went well, which has turned the sentiment positive again in financial markets after a long time. Stock markets opened with a big bullish gap higher this morning and have been crawling higher in the European session, while safe havens have turned bearish. GOLD has lost more than $50 and has returned back below $1,400, while USD/JPY and EUR/CHF have turned bullish today, which means that the CHF and the JPY are under pressure. The USD is also feeling better today, since the end of the trade war with China would remove one of the major negative components for the Buck. 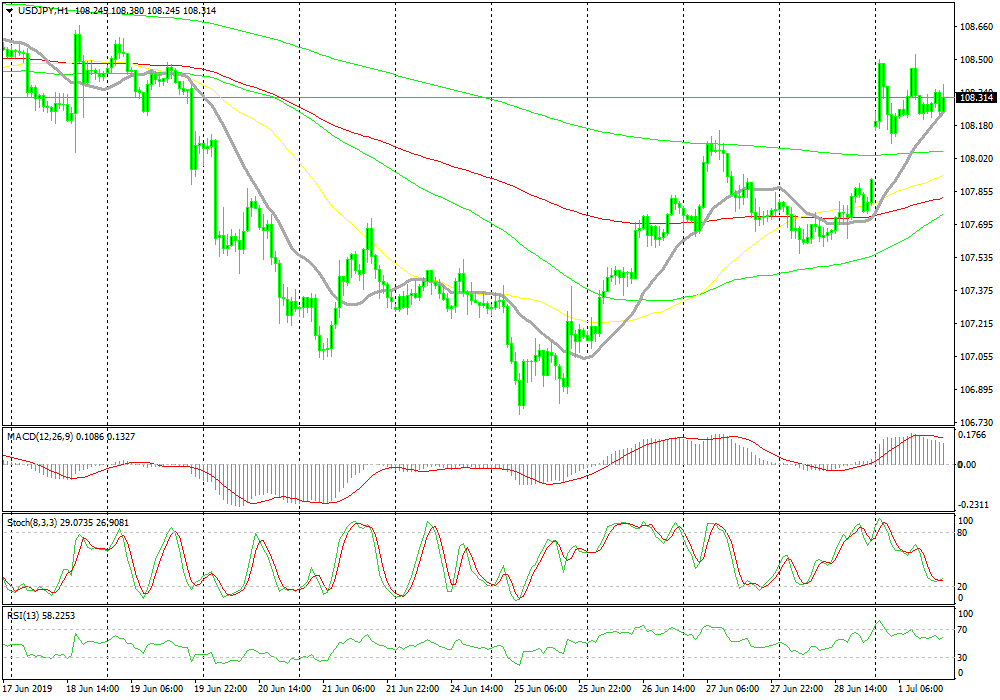 Now moving averages are providing support for this pair

USD/JPY has been bearish for about two months since it turned lower following the escalation of the trade war. This pair lost around 500 pips during that time, but in the last few days the situation has improved for this pair and it has made a bullish reversal. The price has climbed around 150 pips from the bottom and it opened with a big bullish gap last night when markets opened, due to the positive tones from the G20 summit. The 20 SMA (grey) is also providing support for this pair, which means that buyers are in control at the moment.

The G20 Summit has improved things for financial markets and now there’s a new positive vibe in markets. Traders are moving away from safe havens and the USD has improved considerably. But the global economy continues to weaken as the manufacturing reports from the rest of the globe apart from the US showed today.