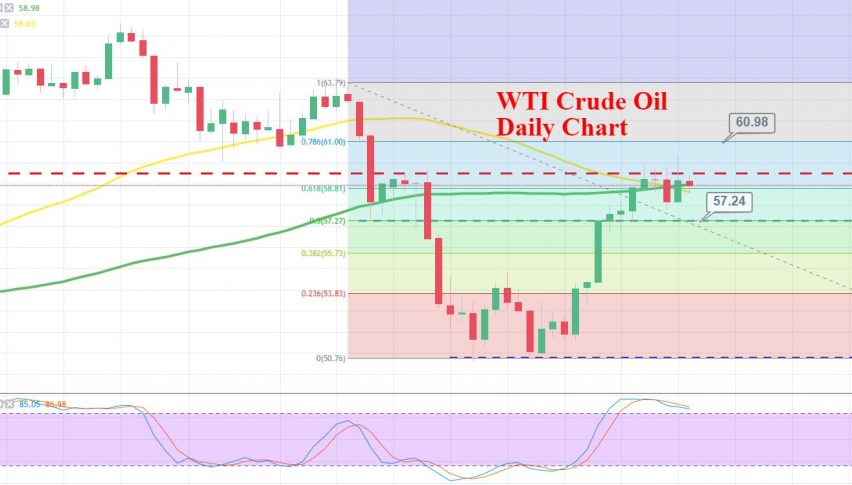 During the early Asian markets, WTI crude oil prices gained slight momentum as OPEC producer club allowed to increase supply cuts till next March. Since this didn’t come as a surprise, we haven’t seen a major reaction in crude oil prices so far. Overall, the supply cut decision is keeping crude oil supported above 57.26.

Organization of the Petroleum Exporting Countries (OPEC) agreed on Monday to prolong oil supply cuts until March 2020 as the group’s members overcame their differences to try to prop up the price of crude.

As we know, OPEC and its partners led by Russia have been decreasing oil output since 2017 to counter prices from diving amid rising production from the United States, which has passed Russia and Saudi Arabia to become the world’s top producer.

The decision was mostly priced in, which is why we may see limited movement in crude oil prices or even a bearish reversal. Now that’s what is called buying the rumors and selling the fact.

On the technical side, crude oil continues to face resistance at 59.50. The bullish breakout of this level may extend the buying trend until 60 and 61. Stochastics and RSI are heading north, suggesting bullish bias among traders.