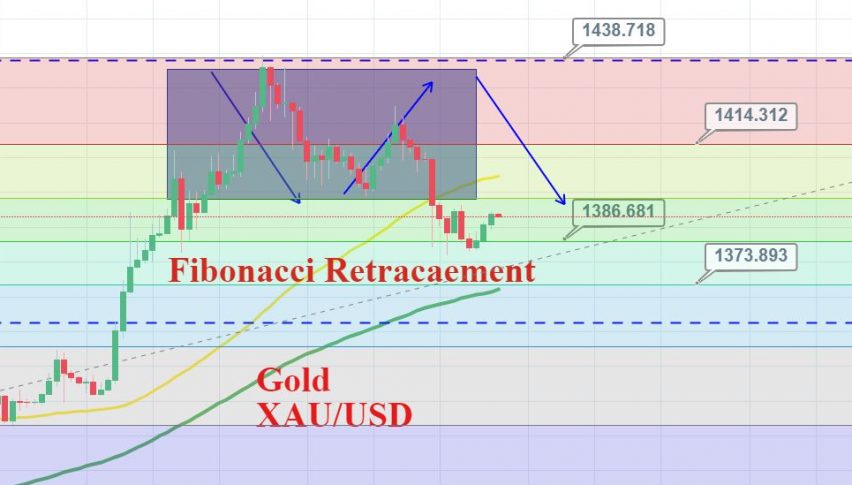 We have been trying to capture a quick retracement in gold, but the market seems to be pretty low. Anyhow, the precious metal gold traded precisely in line with our forecast and hit the 50% retracement level of around $1,385.

Today, the market is likely to capture bullish retracement for the bearish move in gold. The market is still following the same fundamentals from the weekend ahead of Nonfarm payroll data later this week.

The United States and China agreed on Saturday to continue trade negotiations after President Donald Trump granted permissions to his Chinese counterpart Xi Jinping when the two met on the sidelines of the G20 summit in Japan.

On Tuesday, gold prices are trading bullish as investors seem to do profit taking in the US dollar. Gold’s technical side is pretty clear – the yellow metal has formed a bearish engulfing pattern on the daily timeframe to complete 50% retracement, but the market is likely to reverse until $1,400 to complete bullish retracement.

Gold is still in the overbought zone and has the potential to drop further. Thus, the violation of $1,380, can lead to gold prices towards $1,373, the 38.2% Fibonacci support level.