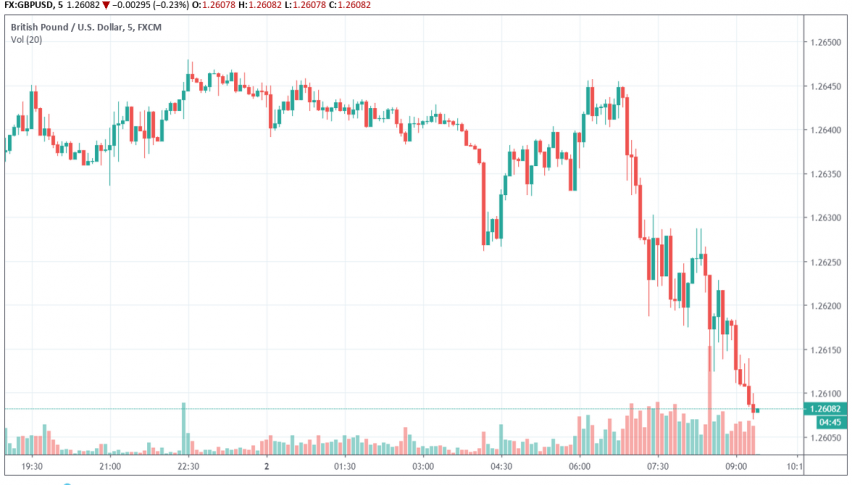 UK construction PMI fell to its lowest level since April 2009 over increasing Brexit uncertainties, keeping companies from committing to long-term investment. The latest data released a short while ago adds to woes about a slowdown in the British economy.

IHS Markit/CIPS UK construction PMI index for June came in at 43.1, lower than May’s reading of 48.6 and falling below expectations, which were for a higher reading of 49.3. The steep decline was driven by a new orders falling to the lowest level in over 10 years.

In addition, demand for construction materials also fell at the sharpest rate since the beginning of 2010. But it wasn’t just the commercial sector that brought down the June PMI reading. Home-building also fell for the first time in 17 months, while commercial construction declined for the sixth consecutive month and civil engineering fell to the lowest level since 2009.

GBP/USD has fallen on the release of the news to trade at just a little above 1.26 at the time of writing.