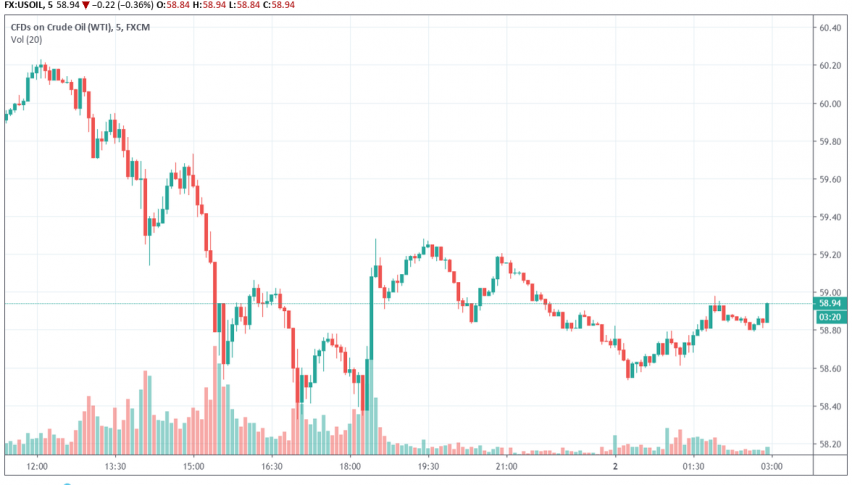 As markets expected, OPEC and its allies announced their decision to extend crude supply cuts until March 2020. However, despite announcing this extension, WTI crude oil prices fell lower on Tuesday over worries of a weakening economy impacting demand.

At the time of writing, WTI crude oil prices are trading at $58.94 per barrel, after climbing higher to touch the highest levels in over five weeks on Monday. The US-China trade war sentiment continues to weigh on oil markets, with both sides nowhere close to a finalizing a deal just yet even though they have resumed negotiations.

On Monday, OPEC+ agreed to extend output cuts of 1.2 million bpd in global crude oil, which works out to around 1.2% of world demand, until March 2020. The decision was driven by a weakening in global economic growth which could potentially reduce demand for crude oil in markets.

In addition, US crude production has risen to record levels in recent times, offsetting the curb in production by OPEC and its allies. In April, US monthly production of crude oil had touched a high of 12.6 million barrels.