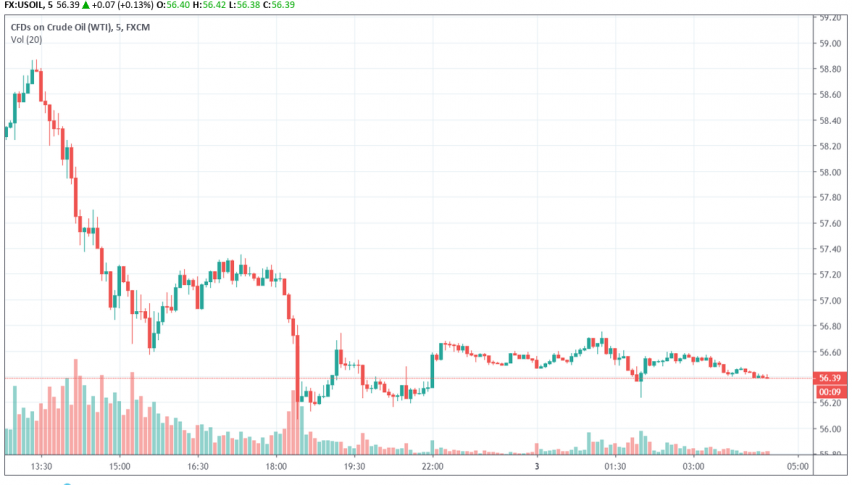 WTI crude oil prices are climbing slightly higher today after falling sharply during Tuesday, over official confirmation of OPEC’s decision to extend supply cuts till March 2020. At the time of writing, WTI crude oil is trading at $56.39 per barrel.

The rise in crude oil prices is also driven by the API report released on Tuesday which revealed that US crude inventories fell by 5 million barrels during the previous week, while expectations were for a decline of 3 million barrels

During the July 1-2 meeting in Vienna, OPEC and its allies set aside their differences and came to an agreement over extending supply cuts of 1.2 million bpd till March 2020. This announcement also helped support crude oil prices.

However, recent data releases point to a weakening in the manufacturing sector in most developed countries. This has caused crude oil prices to trade bearish as investors worry about falling demand in oil as a result of the slowdown in global economic growth.

Thanks for your careful analysis on oil but if I may ask: given the recent development on the fundamentals surrounding oil , what is your bias on oil ?