Forex Signals US Session Brief,2 July 9 – The USD has Resumed the Uptrend, But Eyes are on Powell - Forex News by FX Leaders 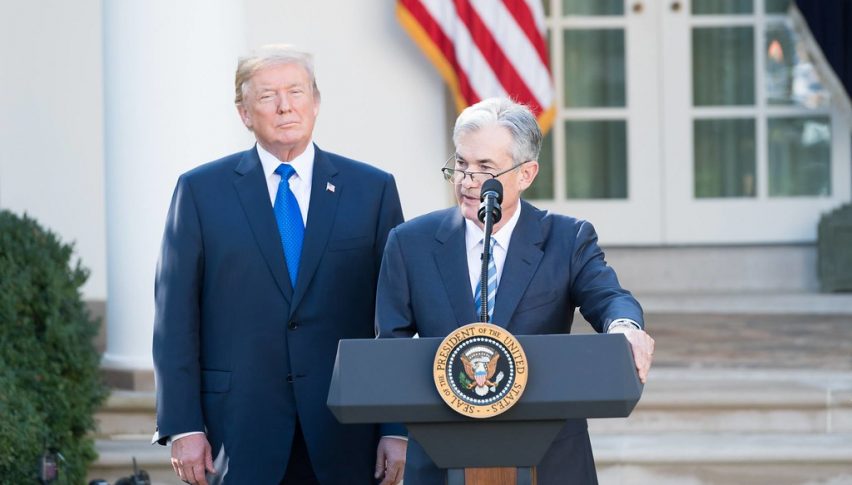 Forex Signals US Session Brief,2 July 9 – The USD has Resumed the Uptrend, But Eyes are on Powell

Today's Comments From Paris Were More Of The Same From Jerome Powell.

The US Dollar has been the only major currency safe enough to attract large investors in more than a year since the rest of the major economies of the globe have been weakening considerably since the beginning of last year. Majors sectors of different developed economies have fallen in stagnation or in contraction and the analysts are predicting that Germany will fall into recession now, after the recession we saw in Italy in Q2 of last year. Recession occurs when an economy contracts for two consecutive quarters.

So, the USD has been the only game in town, apart from safe haven currencies which attract investors in troubled times, although the economy of Japan and Switzerland are not doing great either. But in the last month or so, we have seen a bearish move in the USD after the US economic data turned soft as well. At a point, it seems like the USD was going to turn bearish in the long term as the FED was preparing to cut interest rates this month, but in the last two weeks, the situation has improved, since the G20 summit. As a result, the USD has turned higher again and in the last two days, we have seen some decent bullish moves in the USD. The buck has made considerable gains this week and GBP/USD has broken below 1.25, but FED Chairman Jerome Powell is holding a speech in a while, which might turn things around. If he hints at a rate cut this month, then it is likely that the USD will turn bearish for a week or two, but he might even postpone it further, which would turn the USD even more bullish.

Italian Retail Sales – Retail sales have been negative in Italy towards the end of last year as the economy fell in recession. But they turned positive in the first two months of this year. In March, retail sales turned negative again and fell by 0.3% while in April they fell flat at 0.0%, as the report released last month showed. In May, retail sales were expected to have increased by 0.2%, but they missed expectations falling by 0.3% instead, so the tough times continue for the Italian economy. 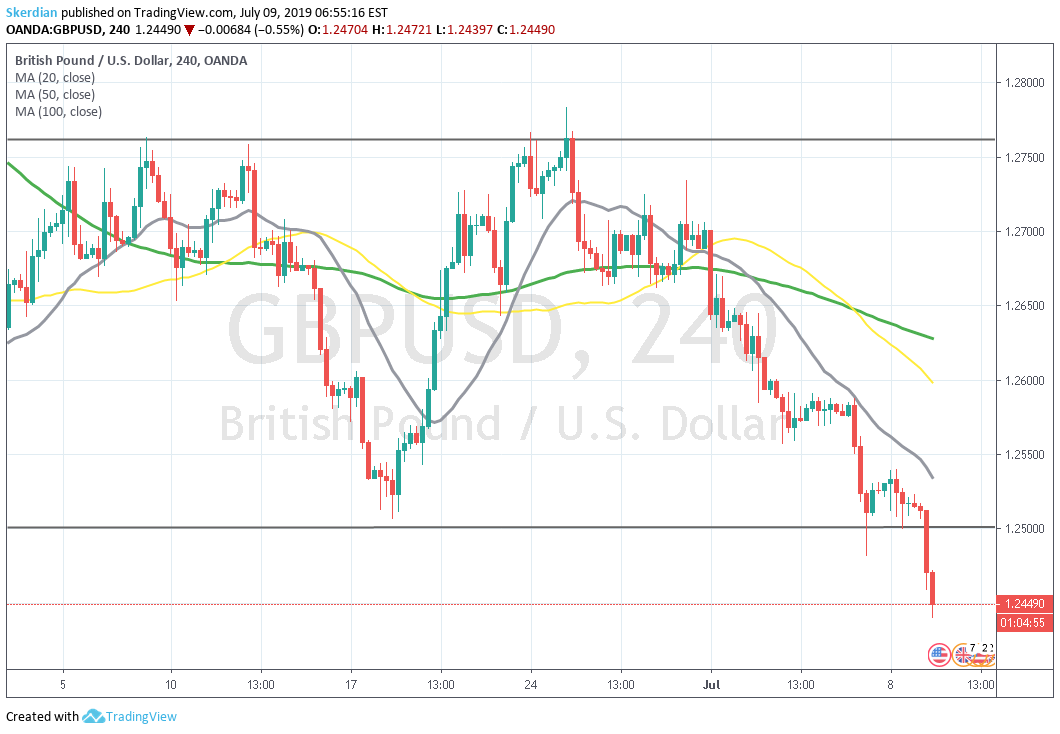 GBP/USD has been pretty bearish throughout this year, but it turned bullish in the last two months as the USD turned bearish on increasing weak economic data from the US. But now it seems that the buyers gave up ahead of the G20 summit and this pair turned bearish again in the last week of June. The decline has accelerated in the last two weeks and today the sellers pushed below the big round support level at 1.25. the 20 SMA provided resistance last week and it pushed the price lower, so if you are looking to sell this pair, the 20 is a good place to do so on the H4 chart, but we should wait until it catches up again with the price.

Powell’s speech will resume shortly. The USD is in the middle of a strong bullish move as buyers accumulate, although Powell might turn things around if he hints the markets for a rate cut this month. Otherwise, the USD might pick even more pace, but let’s see first.