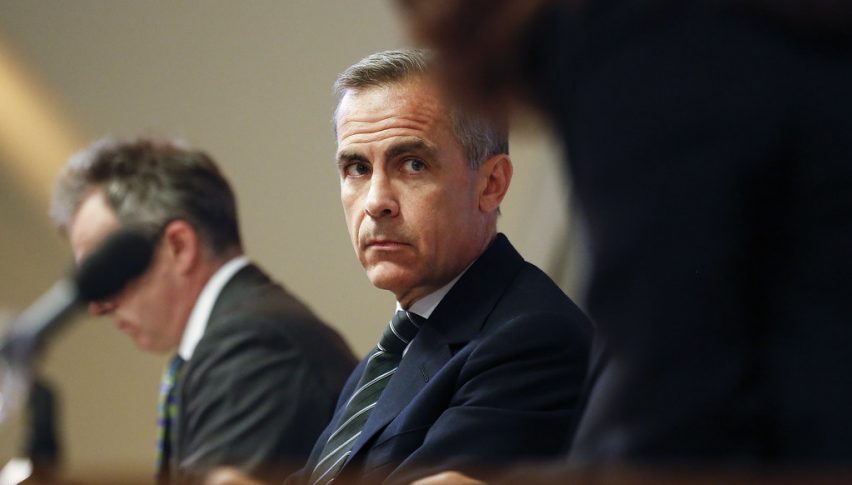 BOE’s Mark Carney Commenting on Brexit and the Global Eonomy

The Chairman of the Bank of England (BOE) is just speaking at a press conference about the Financial Stability Report, in London. His remarks sound cautious, as they should at this point in time.

Brexit is coming and it will likely be a no-deal scenario. The UK economy, the Eurozone economy and the global economy are all in a really weak spot and he is just mentioning these issues. Here are his comments:

The comments are pretty similar to the comments we heard from the monetary policy in June:

The GBP is not doing much, but it’s not like the Bank of England can do much to change anything either, be it Brexit or the UK economy. They have done all that is in their power, so don’t look at the BOE for direction on the GBP, but rather look at Brexit comments coming out.