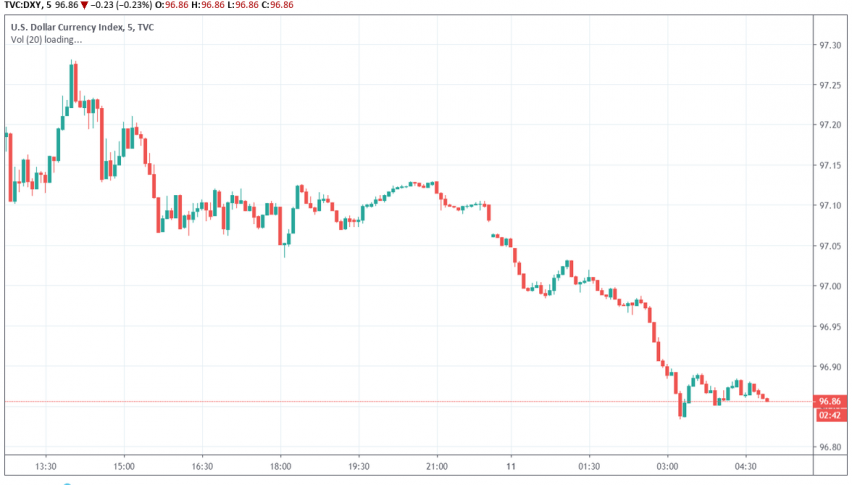 After a short bullish run that started at the end of last week, the US dollar fell lower on Thursday following Fed Chair Jerome Powell’s first day of congressional testimony. On Wednesday, Powell all but confirmed a rate cut by the Fed in July in order to support the US economy.

At the time of writing, the US dollar index DXY is trading at 96.86. Powell talked about the weakness in the overall global economy as one of the reasons for the recent weakening in the US economy. He also mentioned the trade disputes that the Trump administration has with several countries around the world, especially China, as another key factor affecting the economic outlook in the US.

After the release of a strong NFP report last Friday, the sentiment for a rate cut had eased in the markets. However, yesterday’s dovish comments from Powell have reignited the likelihood of aggressive rate cuts by the Fed.

US Dollar Still Strong as Yellen Comments on Rate Hikes, Tech Stocks Sell Off
3 days ago