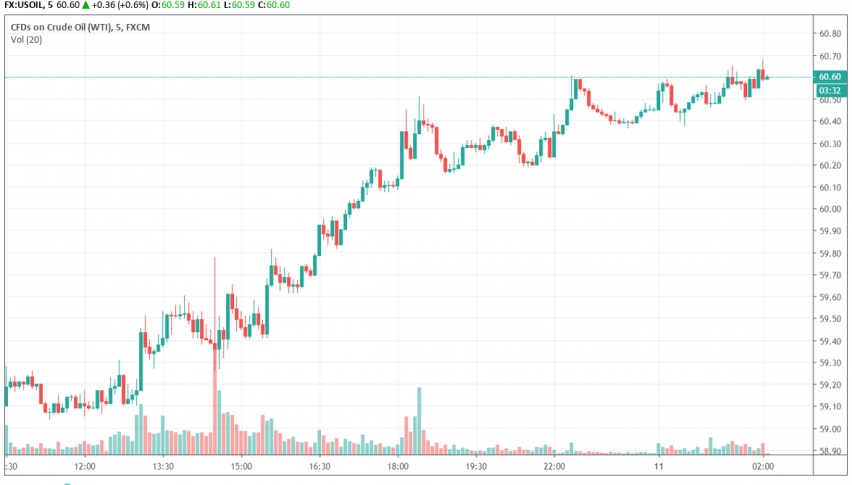 WTI crude oil prices continued their gains, to cross their highest levels in over a month on Thursday. At the time of writing, WTI crude oil is trading at around $60.60.

This time though, the boost did not come solely because of geopolitical issues or global trade tensions, but nature’s fury, plain and simple. A potential hurricane developing off the Gulf of Mexico has caused US oil producers to shut down almost one-third of crude production and move workers to safer locations.

In addition, trouble continues in the Middle East region, with a British oil tanker in the Gulf being asked by boats belonging to Iranian Revolutionary Guards to stop in the nearby Iranian waters. The boats only dispersed after a British warship patrolling nearby warned them away.

Tensions in the Gulf region have been brewing ever since the US pulled out of a nuclear accord with Iran and other countries, and imposed more sanctions on Iran, especially regarding export of its crude oil. Last month, oil tankers were attacked in the Strait of Hormuz and a US drone was shot down by Iranian Revolutionary Guards.