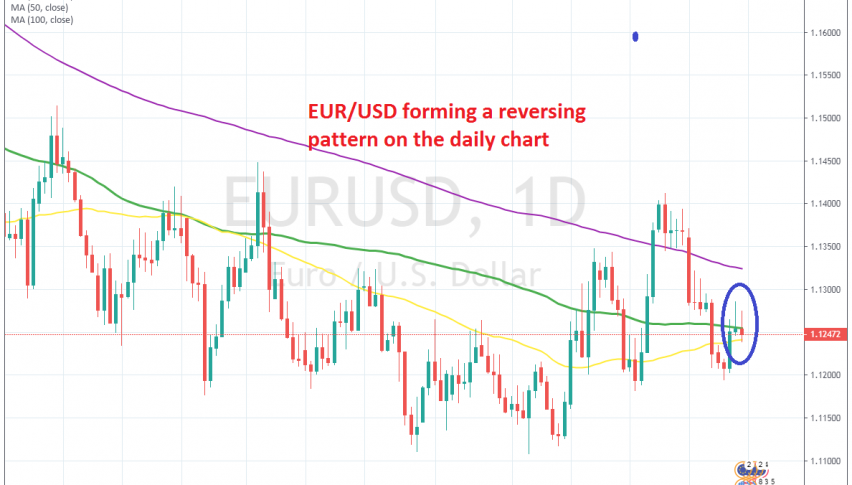 The main trend is still bearish for this pair

EUR/USD has been on a bearish trend form more than a year, but in June we saw a turnaround higher, which at some point seems like a trend reversal. This pair climbed around 300 pips after bouncing off the support area around 1.11. Although, it reversed back down and lost 200 pips in the last three weeks as the sentiment surrounding the USD improved ahead of the G20 summit.

Te price broke back below all moving averages without encountering much resistance from them, so the bearish trend war resuming again. But Powell didn’t let things go smoothly as they were supposed to and delivered some dovish remarks in his 2-day testimony, which sent the USD lower and EUR/USD higher.

As a result, this pair climbed nearly 100 pips in the last two days and pierced the 100 SMA (green), but the price closed below that moving average yesterday, so that doesn’t count as a break. The daily candlestick closed as an upside-down hammer which is a reversing signal. Today’s candlestick looks bearish as well, but we are staying on the sidelines because the situation regarding the USD remain uncertain after Powell’s testimony.