Where Did Powell’s Testimony Leave the USD and Financial Markets in General? - Forex News by FX Leaders 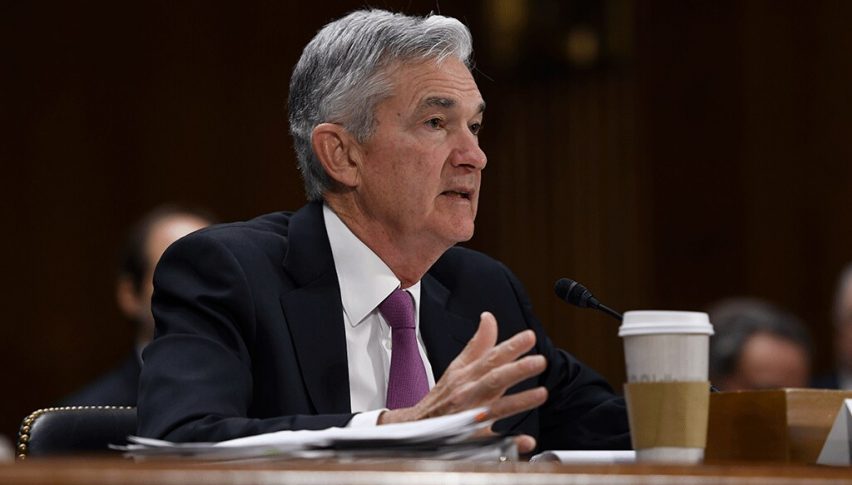 Where Did Powell’s Testimony Leave the USD and Financial Markets in General?

The FED chairman Jerome Powell made his appearance in front of the US Congress on the Semiannual Monetary Policy Report before the House Financial Services Committee, in Washington DC for the 2-day testimony. The US economy has been holding up well in the past year, despite growing global economic weakness. But in the last few months, the economic reports from the US have shown that the US economy has slowed as well in Q2.

The FED sounded pretty dovish in the last meeting in June and the USD turned bearish after the odds of a rate cut in July surged to nearly 100%, with EUR/USD climbing nearly 100 pips. But the US economy is still way ahead of the rest of the major economies of the globe and in the last two weeks we have seen some promising figures, which put back into question the rate cut this month. So, traders were growing sort of uncertain, especially after the positive tones of the G20 Summit. Although Powell’s commentary at the testimony gave us come clarity in the near term, the picture still seems unclear for the longer period. Let’s list his comments below, as well as the FOMC minutes from the last FED meeting:

The main takes from this testimony are that the US uncertainties have “dimmed the outlook” and that “muted price pressure may be more persistent”. These two comments alone show how the FED sees the current situation regarding the US economy. Most of the comments in the testimony are pretty dovish compared to the previous FED meetings and statements, apart from the last meeting.

So, while markets priced in a 100% chance of a rate cut in July after the last meeting, these comments confirm that bias. The FOMC minutes from the last meeting clearly point to a rate cut this month. Several FOMC members weren’t still convinced that a cut was necessary in the last meeting but most were. Besides that, they are growing concerned that inflation is lagging behind the 2% target, as FOMC minutes show. Powell did mention it in the comments with lessons from Japan.

This definitely points to a rate cut this month. That’s the reason the US Dollar turned bearish on Wednesday, while US stock markets rallied that day and in the following days this week. The dovish stance from the FED will likely keep stock markets on the run, at least until the next rate cut comes. This should also keep the USD bearish, but the situation complicates further for the USD because markets are uncertain whether the FED will just cut interest rates once this month or if they will enter a monetary easing cycle.

If the FED cuts rates just this month and closes the door for further cuts, then it might turn into a positive thing for the Buck. After all, all other major central banks have turned pretty dovish now. If they leave the door open to further cuts, then the situation for USD buyers will get more complicated.

The long term uptrend might not be over yet, because the rest of the globe is in a worse position economically, but we might see a meaningful pullback in he coming months. But, we have to see the economic data from the US leading to this month’s meeting and then hear what the FED has to say in that meeting after they decide to cut rates. Besides that, as the uncertainty regarding the future of the USD increases, the demand for safe havens will remain elevated since traders will have nowhere else to turn to, so watch for further upside pressure on the JPY, the CHF and Gold.