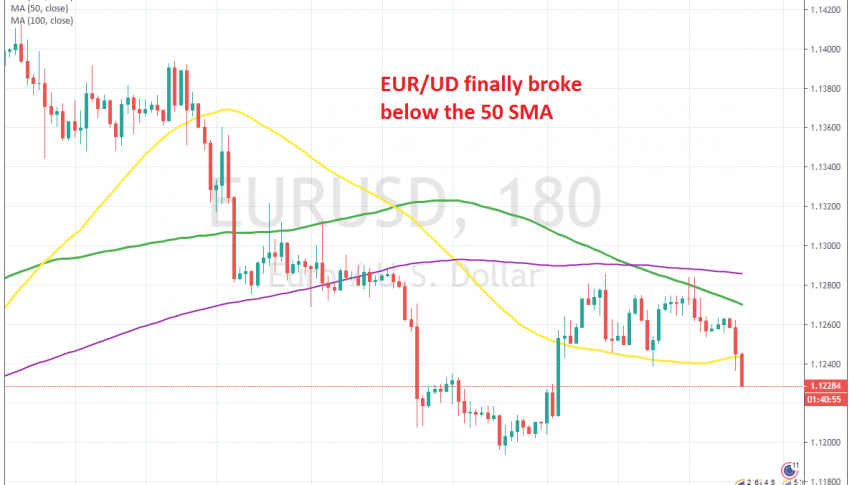 EUR/USD has turned bearish this month after making a bullish move in June, climbing around 300 pips as the USD turned bearish on weak US data and a dovish FED. Although, we saw another bullish reversal on Wednesday last week after Powell’s dovish remarks, which kept the USD bearish and EUR/USD bullish until Friday.

But the climb in EUR/USD looked pretty weak this time and besides that, the buyers failed to push above the 100 SMA (green) and the 200 SMA (purple). These two signs pointed to a bearish reversal soon. If something can’t go up on positive news, such as the dovish remarks from Powell, then it will eventually fall down.

That’s what is happening right now. The USD is gaining confidence again. But, there are not many currencies to go long right now, so it seems like the market is betting on the USD again. I was hopping that the 50 SMA (yellow) would hold again and we would see a bounce off that MA since it has been providing support a few times. But this time, the 50 SMA had to let go as the USD gains pace and now the door is open again for 1.12 and 1.11 after that.