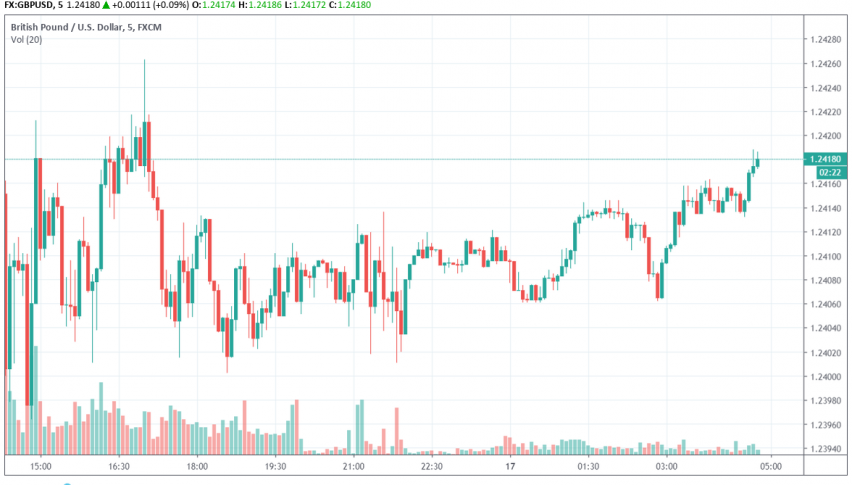 On Tuesday, GBP/USD fell below the 1.24 level for the first time in over two years over increased worries of Boris Johnson becoming the next PM and taking Britain out of the EU without a deal. Although it has recovered slightly since then, the weakness in the Pound continues. At the time of writing, GBP/USD is trading at 1.241.

The possibility of a no-deal Brexit is increasing with each passing day, which would pose immense risk to the British economy and its businesses. In response, the Bank of England (BOE) could consider cutting interest rates further as it steps in to prevent severe fallout.

On Monday, PM hopefuls Boris Johnson and Jeremy Hunt stated that they would not accept the Irish backstop which was part of the Brexit deal put together by former PM Theresa May. The EU has insisted on the Irish backstop to prevent a hard border between Ireland and Northern Ireland after Brexit.

In addition, Johnson also remarked that he would consider sending UK lawmakers on leave for two weeks in October to prevent them from stopping his plans for a no-deal Brexit on the October 31 deadline.