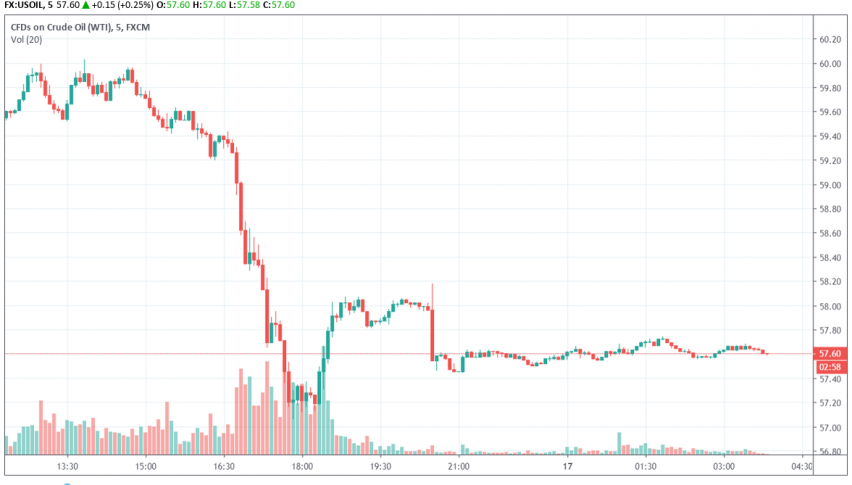 WTI crude oil is holding steady early on Wednesday morning after losing over 3% of its value in the previous session. Oil markets have become quite volatile lately over confusing data emerging about supply and demand, while geopolitical tensions on account of Iran also continue to play.

At the time of writing, WTI crude oil is trading at around $57.60 per barrel. Tensions between US and Iran continue to simmer, with Iran expressing no interest in negotiations with the US about its ballistic missile program. Meanwhile, the US government claims that it is making progress in talks with Iran.

In addition, the API report released on Wednesday revealed that US crude inventories had reduced by 1.4 million barrels during the previous week, while expectations were for a 2.7 million barrel decline.

Crude production off the Gulf of Mexico is slowly being restored after the tropical storm Barry. On Tuesday, more than half of the oil companies operating in the region were yet to resume crude production.