Where Do We Stand Regarding FED Cutting Rates Now? - Forex News by FX Leaders 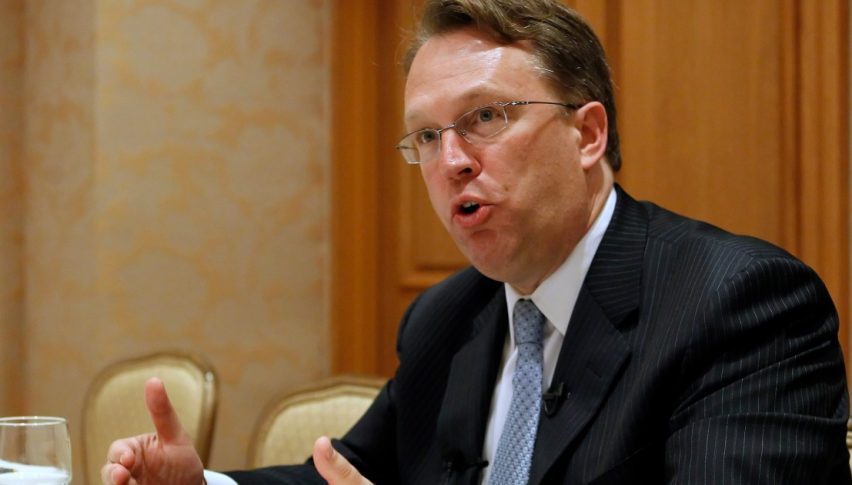 Where Do We Stand Regarding FED Cutting Rates Now?

Williams raised odds of a 0.50% rate cut this month

The Federal Reserve has been hiking interest rates very aggressively in the last three years. The US economy improved in the last several years after the prolonged weakness, following the global financial crisis in 2008. Inflation started picking up and unemployment fell considerably, so the FED started hiking rates in December 2015 when they stood at just 0.25% and has been hiking them nine times since then. Donald Trump hates hiking rates and he has been opposing them and cursing the FED for doing so, but the FED have been hiking them nonetheless.

The global economy kept weakening last year, but they kept going with rate hikes, increasing them three times. By the end of last year, it was obvious that the global economy was in trouble and signs of weakness were showing in the US economy as well, but they hiked in November and hiked again in March this year.

Despite a small rebound in the global economy in Q1, that last hike was pretty lame from them. By that time, the weakness in the global economy had caught up with the US economy as well, so it seemed dodgy of them doing so. Now after the slump we have seen in Q2, that March rate hike seems very unprofessional. They should held on that time, but it seems that Powell did it just to piss Trump off and probably to show some independence. But where do we stand now, two weeks ahead of the July FED meeting when almost everyone expects a rate cut?

100% Chance of A Rate Cut in July Meeting

The global economy has slowed further in Q2 and the trade war between the US and China has escalated again. The US economy was holding up well until Q1 of this year, but it turned really sluggish in Q2, as did the global economy. Employment has showed some signs of weakness in the last few months, while a few sectors such as services and manufacturing fell close to contraction in May. As a result, the FED turned pretty dovish in their June meeting, and the odds of a rate hike for July went almost to 100%. So, the rate hike this month is a done deal.

The FED Reversing Into An Easing Cycle

After the US economy slowed in Q2 with certain sectors falling close to stagnation and with the escalation of the trade war, many economists suggested that the FED might shift its monetary policy from a tightening cycle to an easing one. The market has been fully pricing in a 25 bps rate cut, which is not the end of the world for the USD and the Buck has reacted well as you might have seen. But a shift from tightening the policy to easing it, would turn the USD really dovish. There’s not many currencies to invest on apart from safe havens, bu the USD has been on a bullish trend for quite some time, and this would trigger a decent pullback. EUR/USD might even reach 1.20.

Heading into Thursday this week, forex traders and economists were trying to predict whether the FED would cut rates just once this month or if they would enter an easing cycle, which means several rate cuts in the coming months/years. But, New York FED president John Williams shuffled markets again on Thursday evening when he said that “it’s better to take preventative measures than to wait for disaster to unfold. Market expectations for a 0.50% cut rose from 3.5% to 45.5%. The USD lost nearly a cent following those comments, but another FED member, Bullard, reversed markets the next day when he said that a 25 bps rate cut would be enough for now and the USD claimed back the losses it had made the previous day.

So traders are confused now whether to expect a 25 basis points rate cut, a 50 bps cut or a turnaround into a monetary easing cycle altogether. Hence the uncertainty surrounding the USD in the last several days. the most likely scenario would be a 25 bps rate cut now and a wait-and-see approach by the FED in the coming months. That would be neutral to the USD, since the market is expecting a rate cut this month.