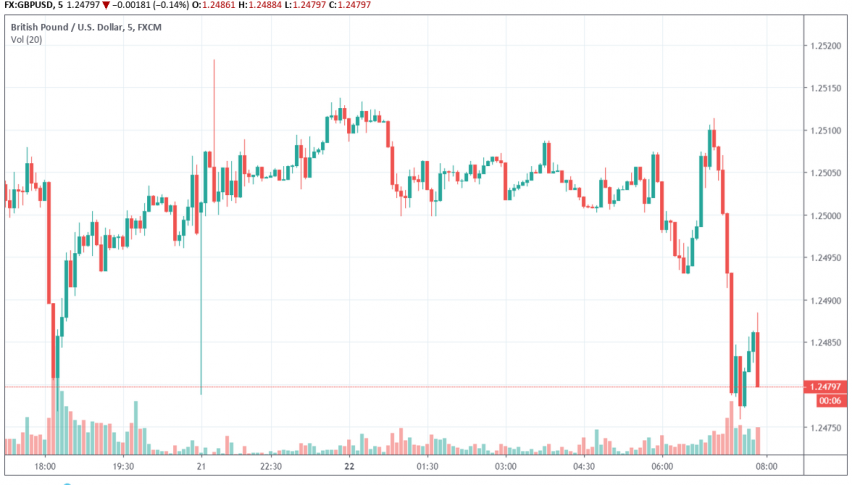 Hammond Planning to Quit if Boris Johnson Becomes the Next PM

A day prior to the announcement of the new UK PM, GBP/USD continues to fall lower over Chancellor Philip Hammond threatening to quit in case Boris Johnson takes over as the next Prime Minister. GBP/USD is trading at 1.248 at the time of writing, falling by bealry 1% shortly after Hammond made these comments on TV.

Boris Johnson, who is currently in the lead, has repeatedly campaigned to pull Britain out of the EU even without a deal in place. Hammond, on the other hand, is a known pro-Euro leader who had voted to stay in the Union.

According to Hammond, Johnson’s victory could further complicate Brexit because of his insistence on a no-deal Brexit. In case either Johnson or Jeremy Hunt choose to renegotiate a better Brexit deal with the EU, he would stay on and support their efforts.

However, with barely any time remaining until the October 31 deadline, this seems highly unlikely. Even the EU has repeatedly insisted that it is not willing to reopen negotiations and that the current withdrawal agreement is the best and only possible solution Britain has.