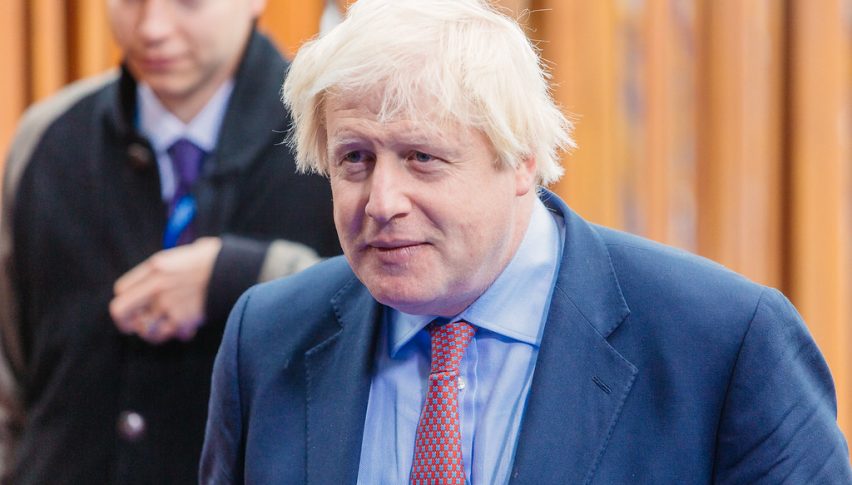 Let's see if Boris Johnson can change anything regarding Brexit

The day started with the inflation report being released from the Bank of Japan (BOJ) this morning. Inflation has been weak for a very long time in Japan, three decades counting back the years. This year, inflation has softened further as it has done across the globe, although core CPI (consumer price index) climbed higher to 0.7% in April and May, but that’s still really weak. In June, inflation weakened further, with core PCI ticking lower to 0.6% YoY as this morning’s report showed, and the BOJ is said to be lowering their inflation and growth forecasts for this year.

Although, the main event today was the election of Boris Johnson (BoJo) as the leader of the Conservative Party and as new Prime Minister of Britain. The GBP has been on a bearish trend in the last several days and this morning it fell to 1.2420, but it reversed higher and started climbing ahead of the vote. The price reached 1.2480s a couple of hours ago where the climb stalled after BoJo took the post of Prime Minister of the UK. It has reversed back down now, so it seem more like a buy-the-rumour-sell-the-fact scenario unfolding today in this pair. After all, the situation regarding Brexit doesn’t change and the UK economy is heading towards recession as NIESR suggested yesterday, which means that the bearish momentum should continue for the GBP. 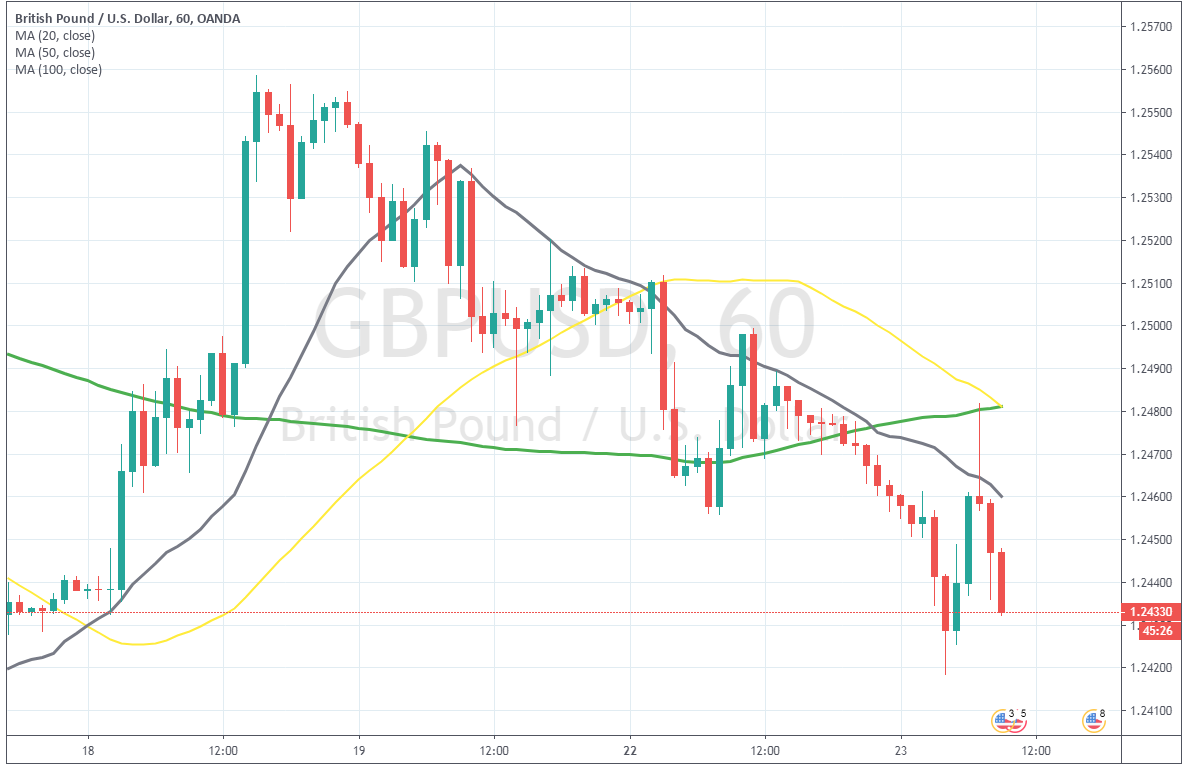 The downtrend has resumed again in GBP/USD

GBP/USD has been on a bearish trend for a long time but it turned bullish last week as FED chairman Powell sounded pretty dovish on his testimony at the US Congress. Although, the retrace higher ended on Friday and the bearish trend resumed again. Today we saw another pullback higher ahead of the vote for the new UK PM, but the climb ended at the 100 SMA (green) on the H1 chart and the price formed an upside-down hammer candlestick up there, which is a reversing candlestick. Now the sellers are back in control since Brexit is what it is.

So, Boris Johnson is the new British Prime Minister now, although that was widely anticipated, hence the bearish reversal now for the GBP. Johnson will likely head for Brussels soon, but i don’t think he will get much from the EU. So, the odds of a no-deal Brexit increase again and he has also mentioned leaving without a deal, although we have to see how things will evolve from now on.