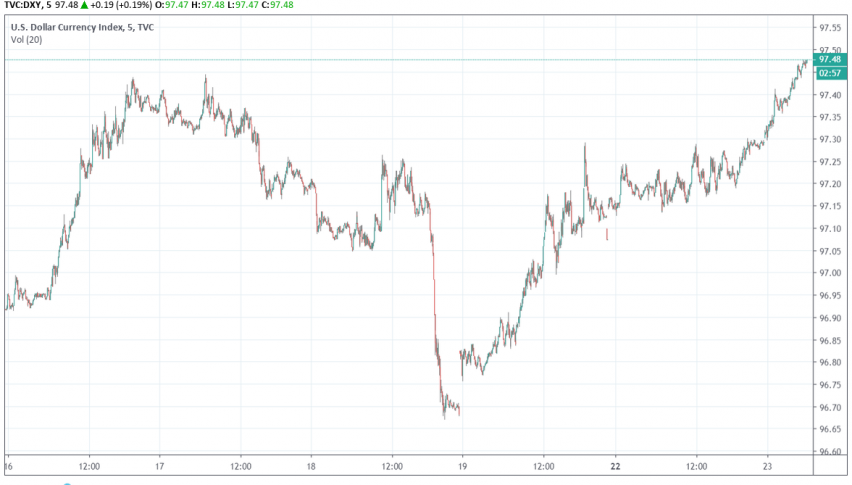 US bond yields have been impacted lately over the sentiment that the Federal Reserve could cut interest rates at its upcoming meeting on July 30-31, although there still remains uncertainty on how big of a cut could be seen.

Meanwhile, the US dollar has gained some strength against major currencies, possibly over the US government’s decision to extend its debt ceiling and spending limit for two years. At the time of writing, the US dollar index DXY is trading at 97.47.

A slowdown in global economic growth, low inflation and a slew of weak economic data releases from the US and other major economies have forced the Fed as well as other leading central banks to turn dovish in recent times.