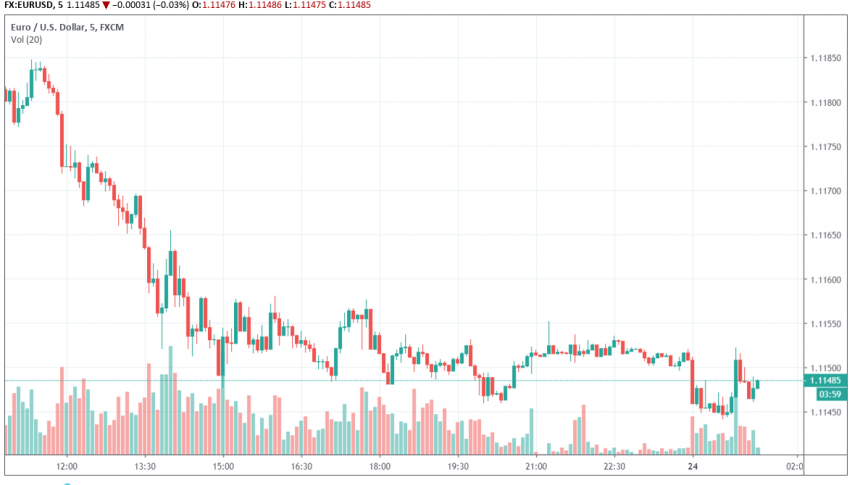 Euro Falls to a Two-Month Low Ahead of ECB Meeting

EUR/USD continues to trade bearish early on Wednesday after hitting a two-month low and losing over 0.5% during the previous day. At the time of writing, EUR/USD is trading at around 1.114 ahead of ECB’s meeting on Thursday.

Markets are waiting to see if the ECB will cut interest rates or sound dovish in its forward guidance, which could lead to easing of monetary policy by as early as September. Boris Kohnson’s victory in UK has also dented the sentiment for the Euro over how Brexit will pan out under his leadership now.

The bearishness in EUR/USD was also driven by a strengthening in the US dollar after the US government agreed to extend its borrowing limits for the next two years.