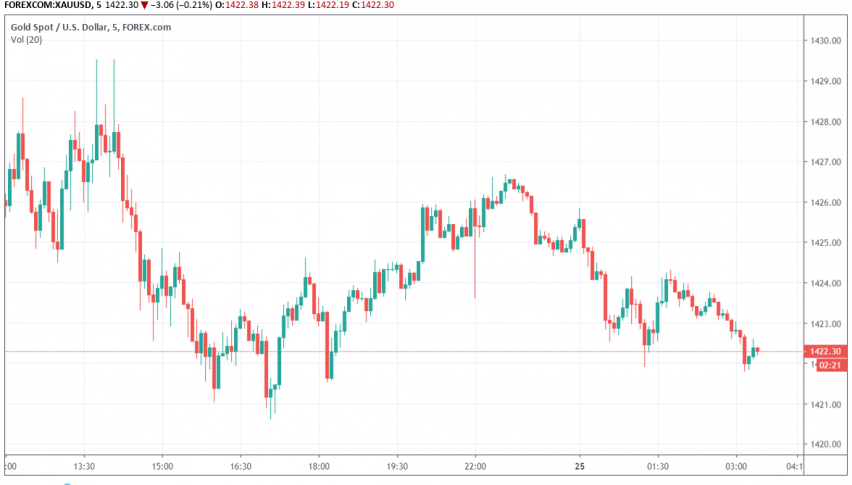 On Thursday, GOLD prices have climbed slightly lower as the US dollar made some gains ahead of today’s ECB meeting. Gold is trading at a little above $1,422 at the time of writing.

The ECB is widely expected to signal monetary policy easing to support its weakening economy, but it will be interesting to keep an eye on whether the bank will cut rates today. PMI data released yesterday revealed that Eurozone manufacturing contracted for the sixth consecutive month.

The US dollar, meanwhile, has gained some strength over weakening of other major currencies. The earnings season is on in full swing and tech stocks are rallying on Wall Street. Even though US’s manufacturing touched a 10-year low in July, consumer spending continues to remain strong, lending some support to the economy for now.