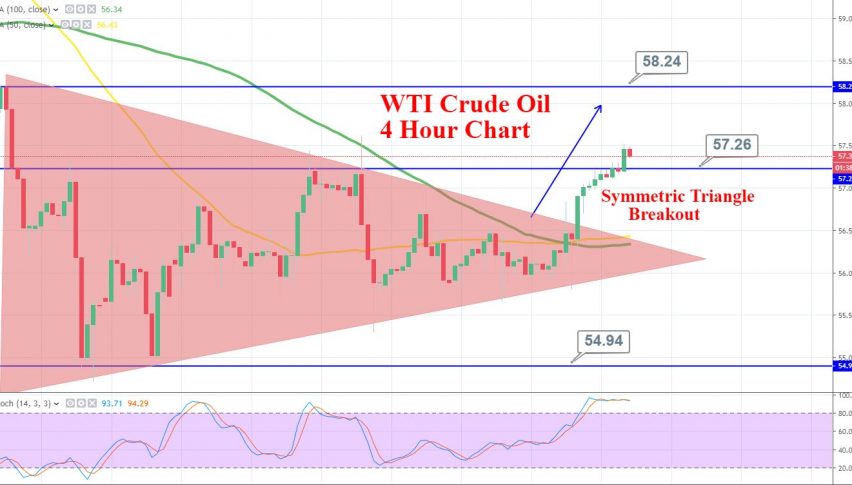 Crude Oil Violates Symmetric Triangle – is it Going After 58.20?

Black crack crude oil finally came out of a symmetric triangle pattern which was extending resistance around $56.70. Most of the buying came over-optimism that the US Federal Reserve will this cut interest rates for the first time in more than 10 years this week. Eventually, underpinning fuel consumption in the world’s biggest oil consumer.

Investors are also eyeing the US and Chinese negotiations as officials from both nations meet for in-person talks for the first time since agreeing to a truce to their trade dispute last month.

Although expectations for progress during the two-day Shanghai meeting are low, investors seem to invest in crude oil to price in the optimistic sentiments. 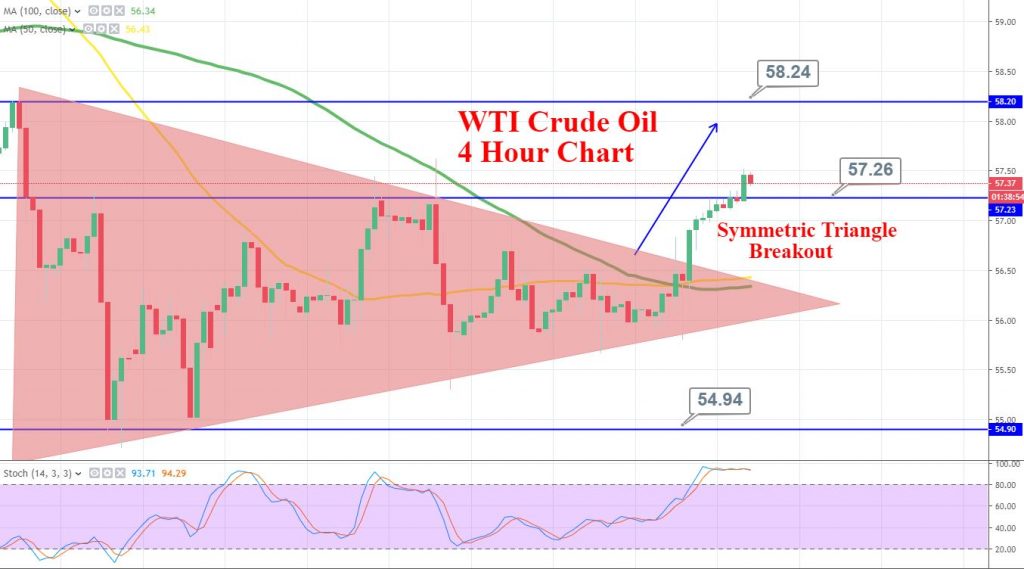 On the technical side, crude oil has violated the symmetric triangle pattern which was extending resistance around $56.70. At the moment, $56.60 is likely to work as a support, while next resistance is likely to be around $58.20. I know it’s pretty far from the current price, which is why I’m hesitating to enter a buy position until we have further confirmation.

Can The USD Index Break The Months-Long Downtrend?
6 hours ago

Greenback On The Bull To Open The Week
7 hours ago