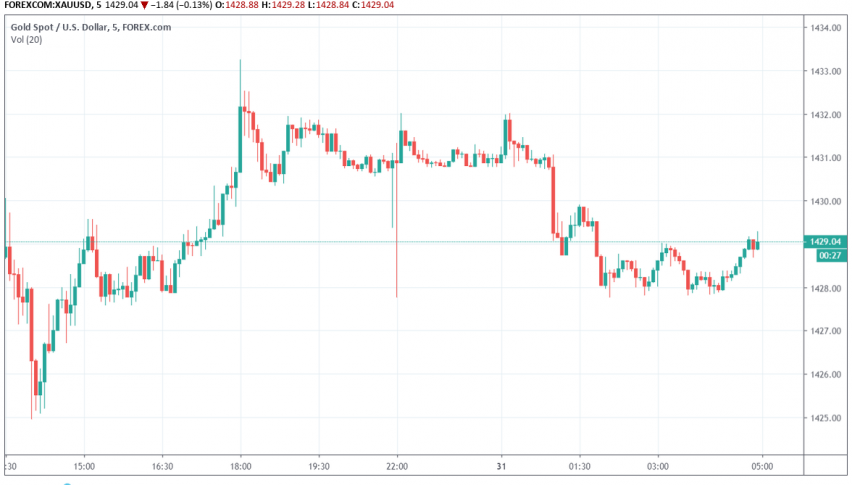 Early on Wednesday, gold prices fell slightly lower as the dollar traded steady ahead of a widely expected rate cut by the Federal Reserve. At the time of writing, GOLD is trading at a little above $1,429.

Gold traders are waiting on the sidelines in the hopes of placing their trades after the Fed’s rate cut announcement comes through. So far, a 0.25% rate cut by the Fed is already priced in, but anything above or below this level can create volatility in the market.

FOMC’s press conference is scheduled for later today and will also offer clues on the Fed’s forward guidance, specifically if the US central bank would resort to more easing measures or rate cuts in the future. As expected, US President Trump has called for a higher rate cut by the Fed, criticizing the Fed for not having cut interest rates sooner.

Trump has also issued warnings against China for delaying the trade deal with the US. Even though talks are ongoing, there has not been much progress ever since a truce was announced during the G20 summit. Any significant developments in the present round of talks taking place in Shanghai could also move gold.