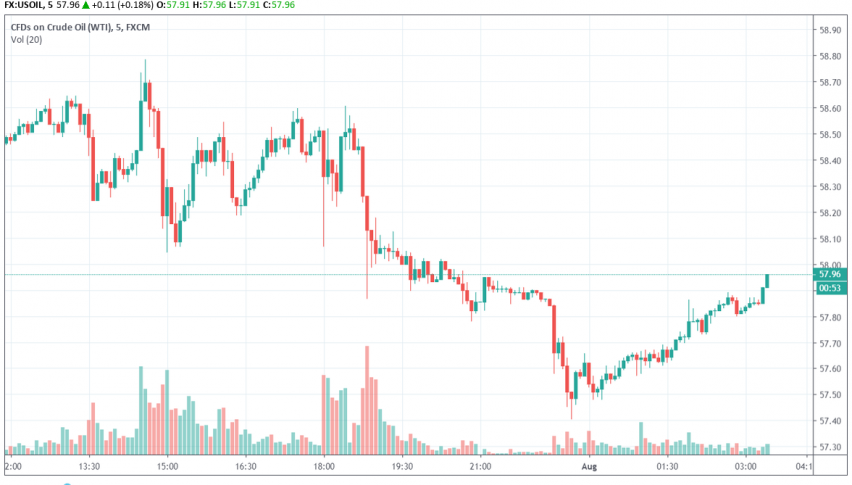 After five days of bullish run, WTI crude oil prices slid lower on Thursday by over $1 after the Fed came out sounding less dovish than expected and over a lukewarm meeting between US and China trade teams. At the time of writing, WTI crude oil is trading at around $57 per barrel.

Another key factor that failed to make an impact on oil prices was a fall in crude production by OPEC countries. Libya also cut its crude exports, but this reduction in oil’s supply has been unable to support falling oil prices.

On Wednesday, the US Federal Reserve did cut interest rates as markets had anticipated, but signaled that this rate cut was a one-off. The central bank indicated that it did not see the need to roll out a series of rate cuts to protect the US economy from global risks such as economic weakness and trade tensions.