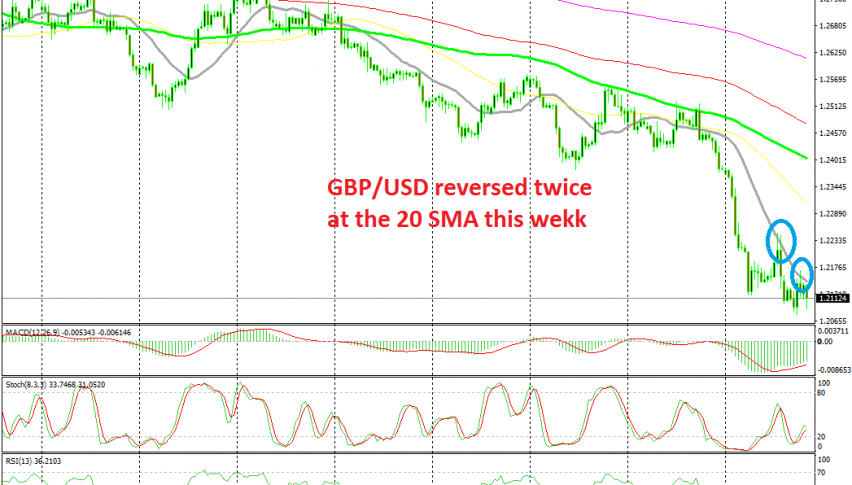 The downtrend isn't going to stop for GBP/USD

The GBP has totally crashed down this week. In the last few weeks, the price was finding resistance at the 100 SMA (green) on the H4 chart but the price price turned lower towards the end of last week and the decline accelerated this week, so it will take some time for the 100 SMA to catch up with the price again now.

Yesterday we saw a retrace higher and this pair climbed around 130 pips, but the climb ended right at the 20 SMA (grey) which provided solid resistance yesterday ahead of the FED meeting. The price reversed lower from there and today, GBP/USD is making new lows and sellers remain in total control.

Yesterday we saw another retrace higher take place after the additional 10% tariffs on Chinese goods from the US, which complicates things a bit, but the 20 SMA stopped the buyers and GBP/USD reversed lower from there for the second time. Now the big round level at 1.20 will be the target, especially after the FED chose not to leave the door open for further monetary easing and rate cuts in the coming months.

The area around that level is supposed to be a strong support zone, since it was the low early in 2017 after the big decline in the GBP following the Brexit vote and the climb in the USD following Donald Trump’s election. But considering that Brexit is headed towards a no-deal scenario and the FED didn’t turn as dovish as markets were expecting, I think that this level will be broken pretty soon.