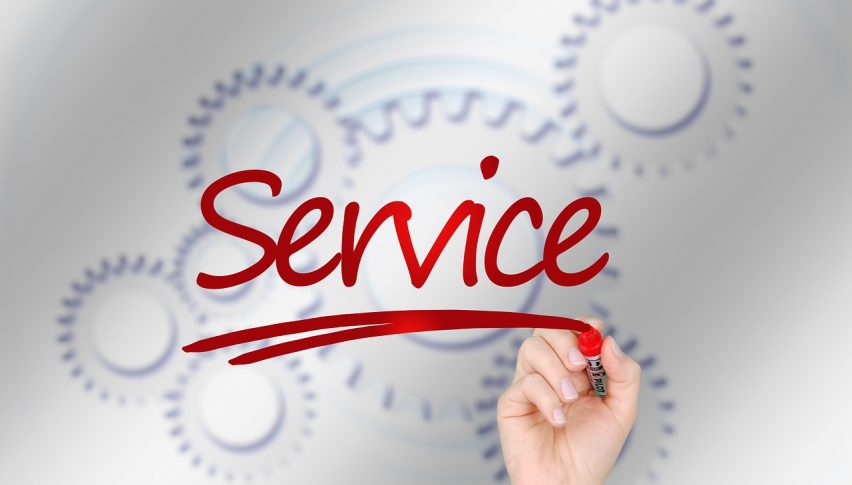 Welcome back to another exciting week. The US dollar index fell dramatically to conclude the week in a loss over the release of worse than expected labor market reports. July’s US employment report revealed 164,000 jobs generated in the month and unemployment holding steady at 3.7%, just above a 50-year low.

Since this employment report wasn’t spectacular, forex traders are likely to trade the Greenback with a bearish bias. Taking a look at the economic calendar, it’s fully loaded with medium to high impact fundamentals, where services PMI from the United Kingdom and the United States tops the list.

Today, the market is very much likely to trade US dollar with a bearish sentiment until we have another fundamental to “price in”. On the news front, the economic calendar is fully loaded with services PMI data, and before discussing forecasts, let us understand what services PMI actually is and why it’s important.

It’s a leading indicator of economic health – businesses react quickly to market conditions, and their purchasing managers hold perhaps the most current and relevant insight into the company’s view of the economy.

It’s calculated via a survey of a certain number of purchasing managers which asks respondents to rate the relative level of business conditions including employment, production, new orders, prices, supplier deliveries, and inventories.

Figures above 50.0 indicate industry expansion, below indicates contraction. Hence, if services PMI release from any economy is below 50, we may experience a bearish trend in that particular currency and vice versa.

Markit is releasing the Spanish services PMI figures early in the European session. As per economists forecast, the figures aren’t expected to deviate from 53.6.

Lately, Eurozone’s manufacturing PMI figures have been extremely negative, but Services PMI data remains over 50. The indicator may extend slight support to the single currency Euro.

In addition to Spanish services PMI, Markit is also due to report Italian Services PMI with a slight positive forecast of 50.6 vs. 50.5 during the previous month.

French Final Services PMI is also expected to show no change from 52.2, same as the previous one.

Germany is also likely to report no change in services PMI figures, as these are also likely to stay at 55.4 vs. 55.4. Out of all these, German Final Services PMI will gain a bit extra attention as Germany is considered one of the biggest trading hubs in Eurozone.

So far, all of the services data are sort of neutral, so we may not see much movement in Euro, until and unless all of these PMI figures show a significant change in actual figures, which is a very unlikely scenario.

With that, the focus shifts to services PMI data from the UK and the US.

The services PMI data from the dominant UK services sector will be released. A reading above 50.0 indicates economic expansion, but opinions are divided as to whether that can be accomplished. Having come in at 50.2 in June, there’s a real risk that the print could turn negative as the ongoing political uncertainty continues to undermine confidence.

This would help as a major setback for any hopes that the UK economy can manage to find growth in the third quarter of the year, with any shortfall likely to hit the Pound hard. A figure of 50.4 is listed on the cards.

The Institute for Supply Management is due to release services PMI figures at 14:00 GMT with a forecast of 55.5 vs. 55.1. Newbies, it’s a survey of about 400 purchasing managers which asks respondents to rate the relative level of business conditions including employment, production, new orders, prices, supplier deliveries, and inventories. The positive forecast may keep the US dollar supported, but worse than expected labor market report will still be keeping the dollar under pressure.

Stay tuned to FX Leaders economic calendar for the live coverage of these major events. 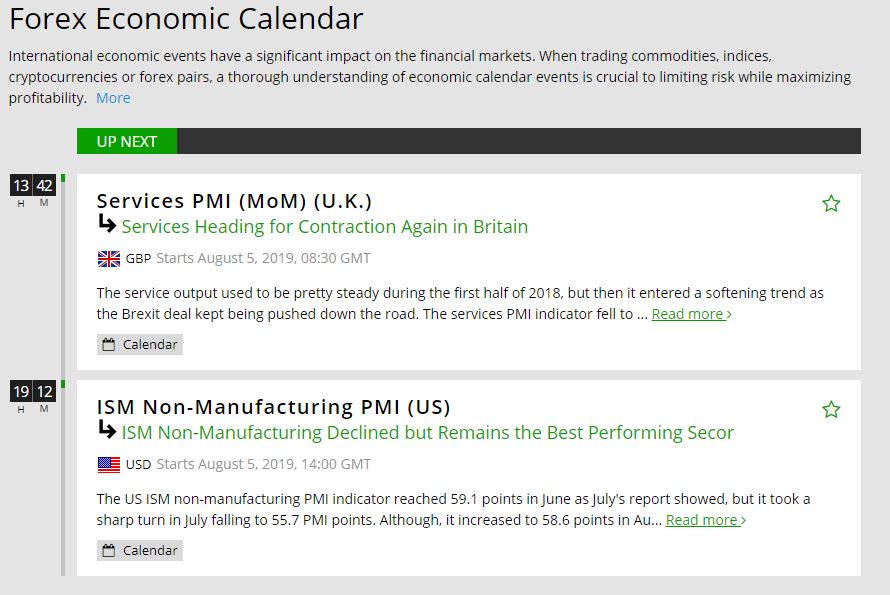