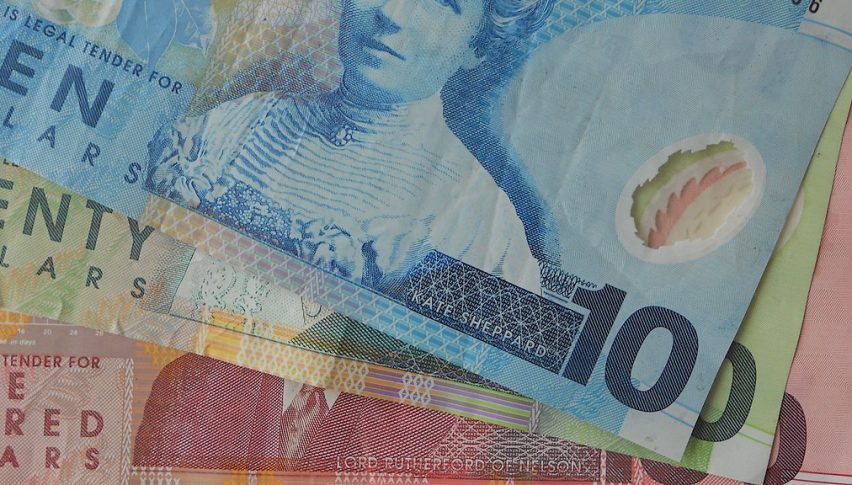 The Kiwi made another leg down today

The global economy is in trouble and central banks have turned completely dovish, although they are trying not to lose face after being hawkish for years until recently and to sound too panicked. The Reserve Bank of Australia cut interest rates twice by 25 bps in recent months while the Reserve Bank of New Zealand (RBNZ) cut rates once by 25 bps in May. The FED delivered one rate cut last week and the European Central Bank as well as the Bank of Japan are expected to initiate another round of stimulus packages soon. The global economy has been weakening for more than a year, but central banks couldn’t see this coming and remained hawkish until very recently.

This morning, the RBNZ was expected to cut interest rates again, considering the escalating trade war between USD and China, as well as other trade tensions such as those between Japan and South Korea. But, they delivered a surprising 0.50% rate cut in the Asian session which sent NZD/USD nearly 200 pips lower. It dragged the Aussie more than 100 pips lower as well, although the cuts from the central banks of India and Thailand also had some impact on markets. As a result, the risk sentiment has turned off again in financial markets. Risk assets are tumbling, with US WTI Crude Oil heading for $50 while safe havens such as GOLD are totally surging. 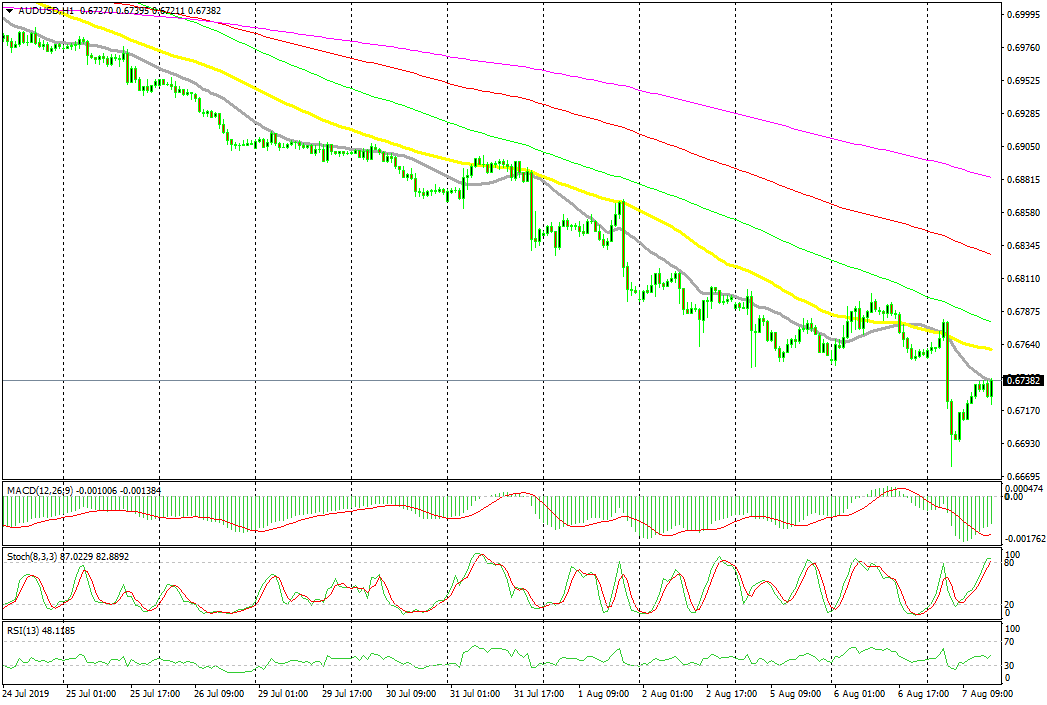 The price is finding resistance at the 20 SMA again today

Yesterday too, we had a bearish bias for this pair and we had an open signal targeting the downside. That signal closed in profit after the big bearish move following the 50 bps rate cut from the RBNZ. During the European session, AUD/USD has been retracing higher, but the retrace seems complete on the H1 chart now. Stochastic is overbought, the 20 SMA is providing resistance again and the trend is still pretty bearish. We went short off the 20 SMA earlier on, so we remain bearish on this pair.

Traders have had sort of mixed feelings regarding the USD today as it has been trading sideways most of the time. But, the Buck is turning bearish now, losing ground fast across the board in the last half an hour or so. The reason for this is probably the tweet from Trump which suggests further easing from the FED. The FED doesn’t listen to politicians much, but it’s doing some damage to the USD right now.