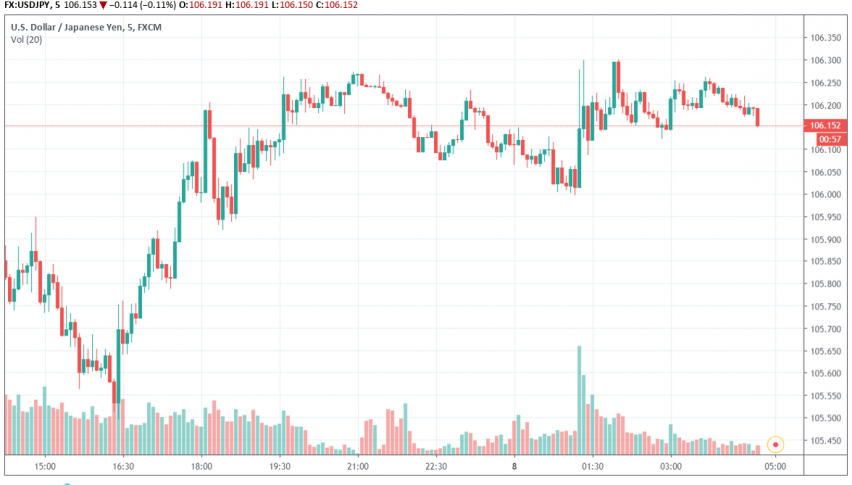 The Japanese yen made some gains against the dollar, turning USD/JPY bearish again on Thursday, over increased sentiments of rate cuts by central banks in the near future. At the time of writing, USD/JPY is trading at around 106.16 after touching its highest levels since January on Wednesday.

The safe haven appeal of the yen weighs on global financial markets over worries of economic slowdown as a result of prolonged trade tensions. On Wednesday, we saw the RBNZ announce a surprise rate cut of 0.5%, causing a sudden weakness in the NZD as well as in the AUD.

Japanese yen continues to appreciate over expectations that other major central banks could also ease their monetary policies to support their economies that have been weighed down by global economic risks. Meanwhile, bond yields have also fallen sharply across several markets, causing further weakness in other currencies and increasing the appeal of safe haven currencies like the JPY and the CHF.

Markets are anticipating that the Fed could cut rates as much as three times before the end of this year to prevent the US economy from falling into a recession. This has caused a weakness in the US dollar, causing further bearishness in USD/JPY.