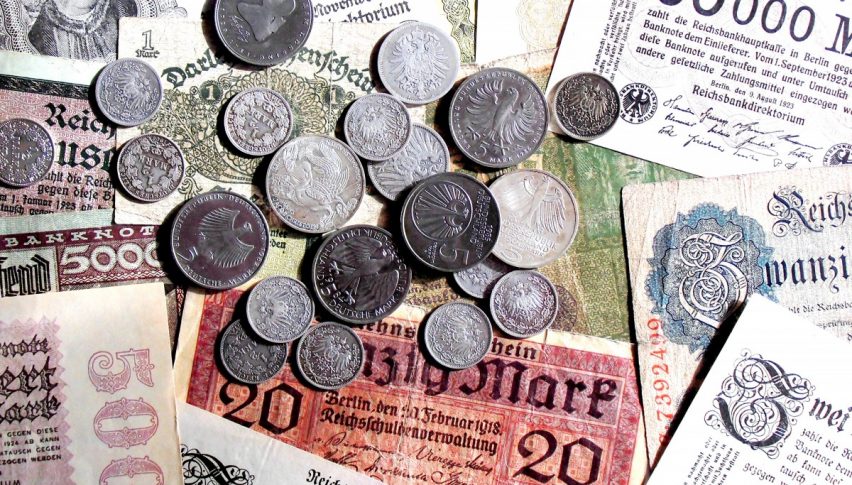 First of all a very Happy Eid to everyone from team FX Leaders. I hope this day brings happiness, joy, and blessings. On the fundamentals side, the US dollar index weakens further amid an escalation of the trade war between the US and China. In particular, the US government’s decision to label China as a currency manipulator after Beijing allowed the yuan to weaken past the symbolic 7/dollar level has increased questions about how tightly controlled the currency is, and its true value.

Whereas, the safe-haven demand grew on Friday as US-China trade dispute jitters spurred demand for safe-haven currencies, while the Euro shrugged off a collapse in Italy’s governing alliance and the possibility of new elections.

The financial markets closed the week on a calmer note, following several turbulent days dominated by investor concerns about the intensified tariff war between Beijing and Washington.

What’s Next on the Economic Docket?

The upcoming week begins with a national holiday in Japan amid observance of Mountain Day. Thus, the level of volatility and trading volume is likely to remain thin. However, the US Inflation Report, Retail Sales and Philly Fed Manufacturing Index will remain in the limelight throughout the week. On the other hand, the UK economy will also be releasing Retail Sales and CPI data.

The Zentrum für Europäische Wirtschaftsforschung (ZEW) will release the data at 9:00 GMT. It’s a leading indicator of economic health. Investors and analysts are highly informed by their job, and changes in their sentiment can be an early signal of future economic activity. It’s a survey of about 300 German institutional investors and analysts which asks respondents to rate the relative 6-month economic outlook for Germany.

Lately, the European ZEW Economic Sentiment has been worse, falling into negative territory of -21.1 and -24.5. The figure used to be in the range of 15 – 20 before April. But apparently, Germany’s institutional investors are losing confidence in the economy. So, that’s another reason to expect a continuation of bearish sentiment in Euro.

Across the Atlantic Ocean, forex traders will be closely monitoring America’s latest CPI inflation figures on Tuesday for clues on how aggressively the Fed will cut rates in September.

Before we begin analyzing the inflation figures, let us understand why it’s important for traders. Consumer prices account for a majority of overall inflation. Inflation is important to currency valuation because rising prices lead the central bank to raise interest rates out of respect for their inflation containment mandate.

The higher level of inflation shows increased prices due to the increased level of demand from the market. It’s mostly due to the better labor market and economic conditions as investors. Thus, a higher number of CPI represents growth in the economy and it may help the central bank to determine what should be the next policy and interest rate.

Speaking about CPI, economists are expecting a growth of 0.3% vs. 0.1%. While core CPI is expected to report a surge of 0.2% vs. 0.3% beforehand. Overall June’s inflation rate says at 2.1% just above the 2% target of Federal Reserve.

The National Bureau of Statistics of China reports Chinese industrial production figures every month, typically after 15 days of month-end. It shows a change in the total inflation-adjusted value of output produced by manufacturers, mines, and utilities.

As you know, being one of the world’s biggest economies, the Chinese data can have a broad impact on the currency markets due to China’s influence on the global economy and investor sentiment.

Impact: A drop in industrial production is likely to weigh on global stock markets, gold, and Aussie.

The Office for National Statistics is due to report the British inflation rate. The annual inflation rate in the United Kingdom was at 2% in June 2019, consistent with the preceding month and in line with market expectations. Cost of food and non-alcoholic liquors grew considerably while prices decreased for transport and housing & utilities.

A slower CPI data of 1.9% is on the cards for July. Retail Sales are projected to dip by -0.3%, which supports the expected drop in the inflation rate. Weaker inflation figure is considered bearish for the Sterling.

The Office for National Statistics is due to release the retail sales data at 8:30 GMT. It’s the primary gauge of consumer spending, which accounts for the majority of overall economic activity. In June, the retail sales jumped by 1% vs. the forecast of -0.3% forecast, extending solid support to Pound.

This month, economists are expecting a drop of -0.3% in retail sales. A negative number of sales indicate slower inflation and slacks in the economy. Therefore, the Sterling bulls can face challenges on Thursday.

The Census Bureau is due to release the retail sales data at 12:30 GMT. It’s the primary gauge of consumer spending which accounts for the majority of overall economic activity. Economists look very optimistic about retail sales as the figures are expected to jump by 0.3% which is slightly slower than 0.4% beforehand. Considering this, investors are likely to continue trading the dollar with a slightly bearish sentiment.

This also shows a change in the total value of sales at the retail level, but excluding automobiles. The data is due at 12:30 GMT and the retail sales are expected to grow by 0.4% vs. 0.4% beforehand. 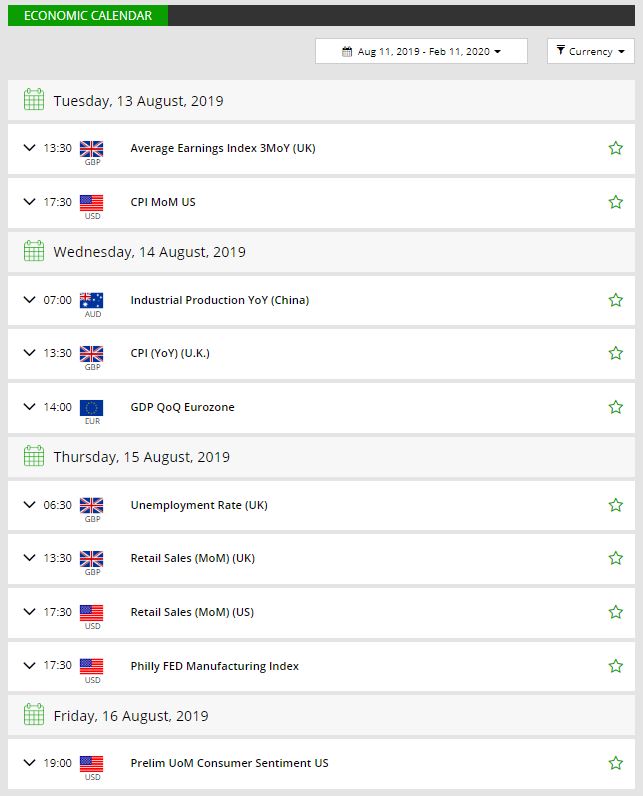