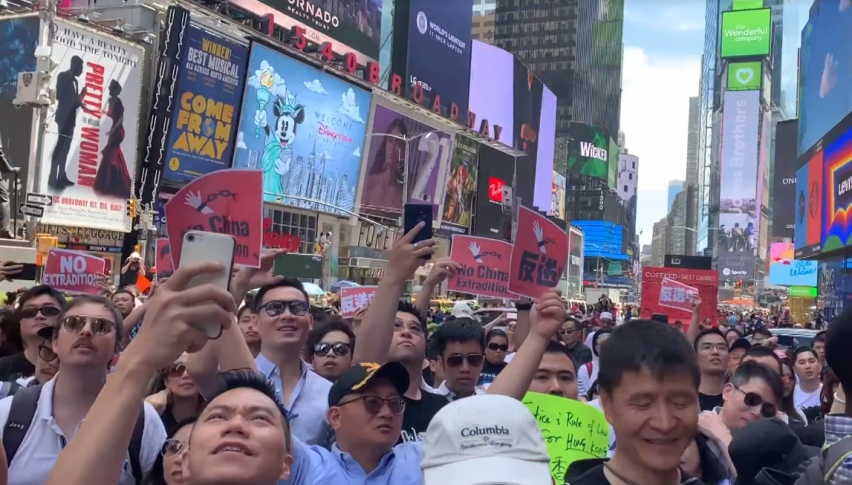 The risk sentiment in financial markets has been switching on and off in recent months. At the beginning of this month the sentiment turned pretty negative after Donald Trump announced new tariffs on China on August 1. As a result, safe haven assets surged higher, with GOLD pushing above $1,500 for the first time in six years, while USD/JPY lost more than 400 pips. Although, during most of last week, most assets traded sideways as the sentiment improved slightly and traders were trying to make their minds up about the next move.

Today though, it seems that the risk-off mood has returned again in financial markets. Protests are going on in Hong Kong and the protesters have taken the fuss to the international airport, so all flights have been cancelled, if you were planning on flying to Hong Kong. China has gathered its military to a city close to the Hong Kong border for an exercise as they say, but traders think otherwise, which has hurt the risk sentiment again. As a result, safe havens have turned bullish again today with USD/JPY trying to break below 105 while Gold is trying to make new highs. Risk assets such as stock markets and commodity Dollars have turned bearish, on the other hand. 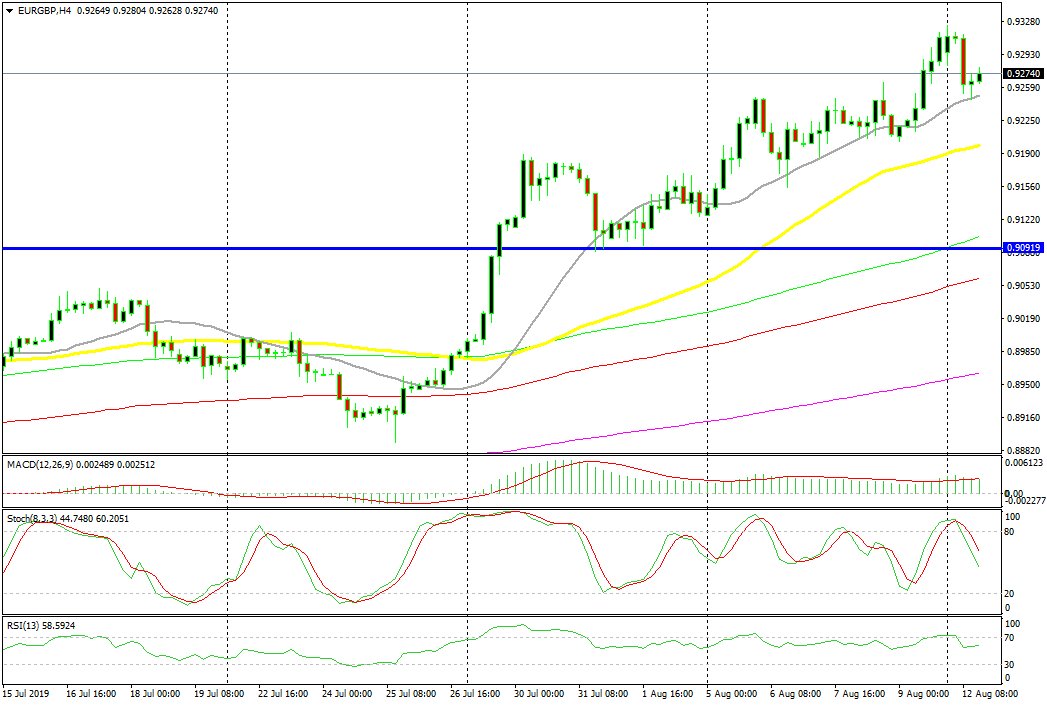 A while ago we went long on EUR/GBP. This pair has been on a bullish trend since early May and the upside picked up further pace this month after the pullback at the end of July. Although it has retraced lower today, we decided to go long at the 50 SMA (yellow) on the H1 chart since it was providing support earlier on. Switching to the H4 chart, we see that the price found support at the 20 SMA (grey). The previous candlestick closed as a doji above that moving average, which is a reversing signal, and now the reverse is underway as the current H4 candlestick shows.

The risk sentiment has been turned off again today although in the last few hours it seems like the market has turned slightly against the USD. But, markets are pretty slow overall today as the economic data is nonexistent. Also, don’t forget that we are in August when markets turn quiet, with major forex players heading off for nice beaches.