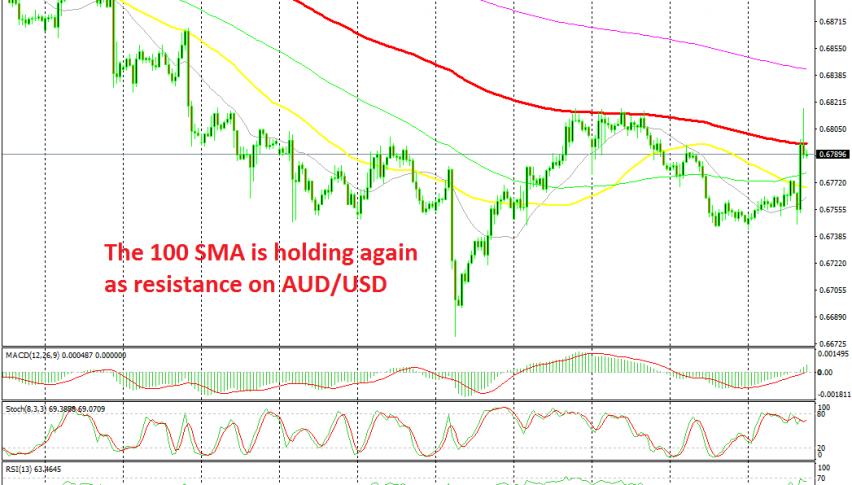 The downtrend should resume now that the retrace higher is complete

Commodity Dollars have been on a strong bearish trend in the last three weeks as sentiment deteriorated after the announcement of additional tariffs on China from the US President Donald Trump. Moving averages have also helped, providing resistance and pushing this pair lower during this time.

The trend was strong until the middle of last week and the smaller period moving averages such as the 50 SMA (yellow) were providing resistance. But,the trend slowed since Wednesday, after the Reserve bank of New Zealand cut interest rates by 50 basis points last week.

Although, the 100 SMA (red) turned into resistance towards the end of last week. The price turned bearish again yesterday but we saw a jump higher in the last couple of hours after rumours that trade talks have resumed again between the two giants. I decided to open another sell signal right at the 100 SMA, but buyers pushed higher. Although, the price has returned  back down now which is a good sign that the downtrend will resume soon.

Will We See A Pullback in Ripple (XRP) This Week?
23 hours ago

Oil Prices Remain Supported, After the Cyberattack on US GAS Pipelines
1 day ago