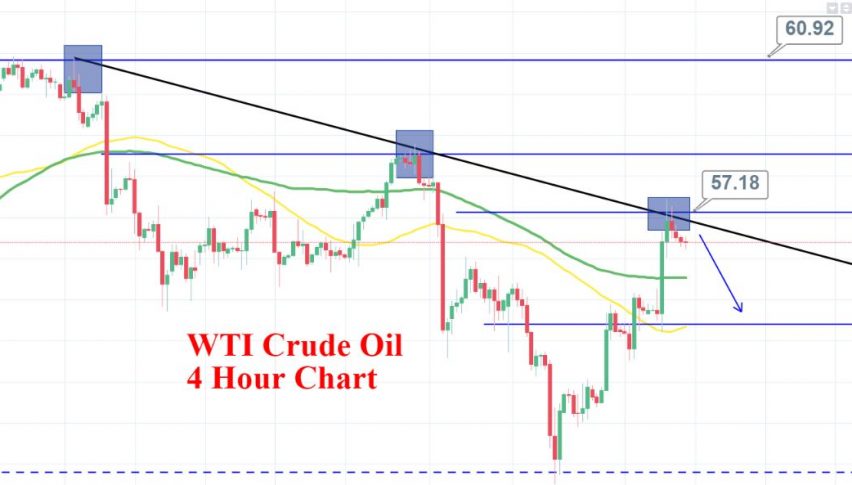 Traders, the market is mostly pricing in the trade sentiments between China and the US. During the late Asian session, crude oil came under pressure after the API report release. The American Petroleum Institute announced late Tuesday that US crude supplies grew by 3.7 million barrels for the week concluded by August 9.

Inventory data from the Energy Information Administration will be released later today. The EIA figures are expected to show crude inventories down by 2.7 million barrels last week.

On the technical front, crude oil has tested and failed to cross above the descending trendline which was extending solid resistance around 57.20. Right below the trendline, crude oil has formed a couple of Doji patterns which are suggesting neutral sentiment among traders.

Looks like traders are unable to decide whether to go for selling on bearish API report or to go long on the US-China trade war easing.

Technically, WTI crude oil may find immediate support around 55.55 and 54.40. Whereas, the resistance continues to stay around 57.20, extended by the bearish trendline.