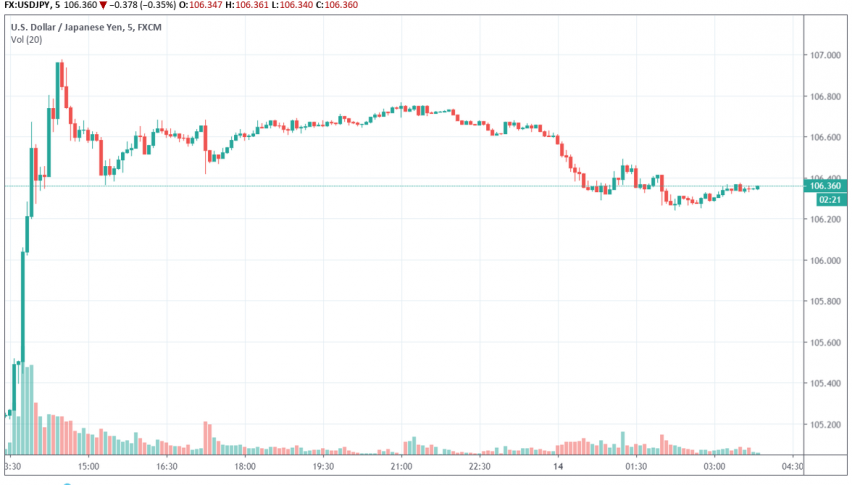 Trump’s decision to delay and put off tariffs on Chinese imports have failed to make much of an impact on safe haven currencies. On Wednesday, the Japanese yen continues to remain in demand and is climbing higher after disappointing industrial production and retail sales figures from China.

At the time of writing, USD/JPY is trading at around 106.36. Chinese industrial production slowed down to 4.8% YoY in July from 6.3% in June. In addition, retail sales growth also declined slightly to 8.3% YoY till July 2019 from 8.4% previously.

The US’s decision to delay some tariffs on Chinese goods did send stock markets higher during the Asian session, but forex markets traded unaffected by this news. Investors feel that although this is a positive development, a trade deal between US and China remains a long way off.

In addition to the trade war, JPY remains supported over reports of violent clashes between protesters and the police in Hong Kong. Forex markets remain cautious over uncertainties surrounding Brexit and tensions in the Middle East, which are lending further support to safe haven currencies like JPY and CHF.