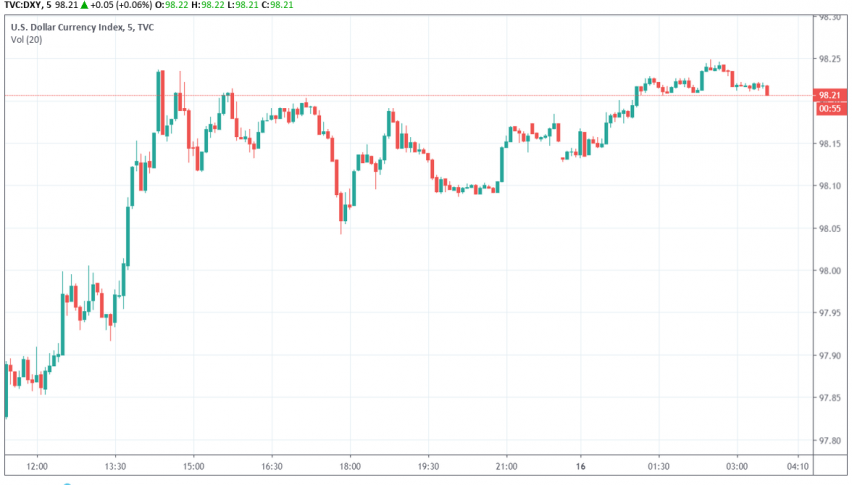 The US dollar maintained its bullishness in early Friday trading after the release of an upbeat retail sales report. At the time of writing, the US dollar index DXY is trading at around 98.21, recovering after touching a three week low during the previous week.

Although the retail sales figures reveal the domestic demand remains strong in the US, markets remain cautious following the recent yield curve inversion which points to a possible recession in the economy. The US-China trade war remains the biggest cause for concern in global financial markets, impeding economic growth not just in the US and Chinese markets, but having a spillover effect on other leading markets worldwide as well.

Meanwhile, on the trade war front, China has vowed to retaliate to US’s most recent round of tariffs which come into effect starting September 1. This indicates that the trade war is likely to continue for more time without a solution in sight, which could further dent the already fragile market sentiment.