The sentiment in financial markets has improved, however, the overall trading has been choppy due to summer holidays. Although financial institutions and forex brokers are operating, trading volume typically drops during August.

On Tuesday, there have been a series of updates from global markets, but none of them managed to drive volatility in the market.

During the European session, the POTUS (President of United States) Donald Trump and the British PM Boris Johnson held telephonic conversations on Brexit and a potential free trade agreement between both nations after Britain’s exit from the European Union.

Despite the positive news, Sterling failed to gain support and fell further by 70 pips throughout the day. The two world leaders are due to meet at the upcoming G7 summit at France during this weekend.

As per the Destatis report, the German index of producer prices for July 2019 in industrial products increased by 1.1% versus the corresponding month of the preceding year.

As per the Confederation of British Industry report, the manufacturing output stabilized in the three months to August, after exhibiting a decline in July. The survey of 286 manufacturing companies showed that both total order books and export order books were recorded as lesser than normal, but to a softer extent than in July.

Economists were expecting a slowdown in the orders -25 vs. -34 previously, however, July’s figure improved to -13 which is better than the previous figure and the forecast one.

During the US session, investors need to focus on a few low impact economic events and trade setups.

Statistics Canada will release retail sales with a forecast of -1.8% drop vs. 1.6% surge in the previous month. The figure reports a change in the total value of sales made by manufacturers.

The Canadian dollar is also likely to feel a bearish pressure ahead of this news release amid sentiments.

The Federal Reserve Governor Randal Quarles is due to speak about community development at the Utah Center for Neighborhood Stabilization, in Salt Lake City. Since it’s not directly related to monetary policy, we may see a muted impact of the event on the US dollar. Yet, we should keep an eye on it to capture any surprising remarks regarding upcoming interest rates.

During the London session, the precious metal gold has traded mostly in line with our forecast above 1,495 support level. On the 4-hour chart, gold has formed a triple bottom pattern which extends support at 1,495 while the RSI and Stochastics are holding in the selling zone. 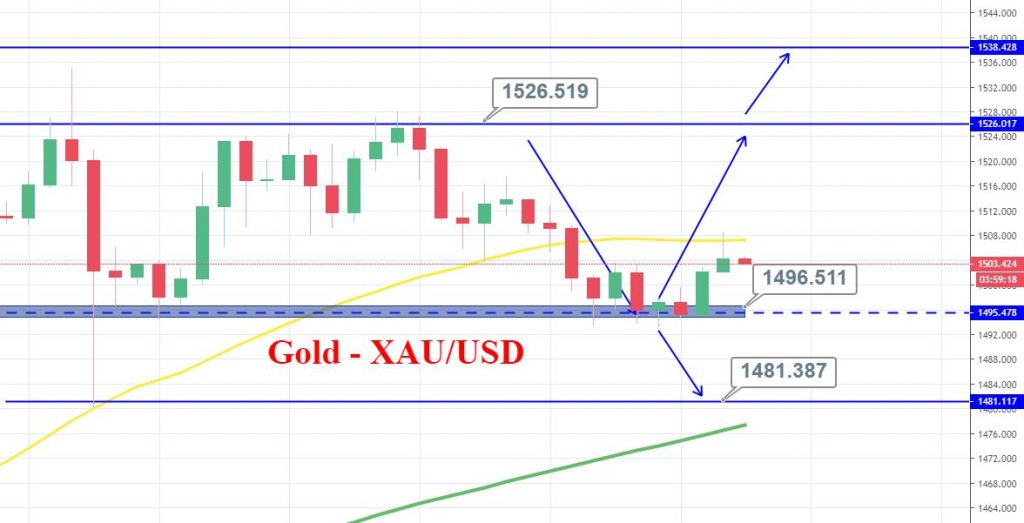 BTC/USD is also experiencing a lack of volatility, which is why it’s stuck in the symmetric triangle pattern. As anticipated, bullish power dominated to push BTC/USD towards 10,900 and even higher near 11,000 resistance area. 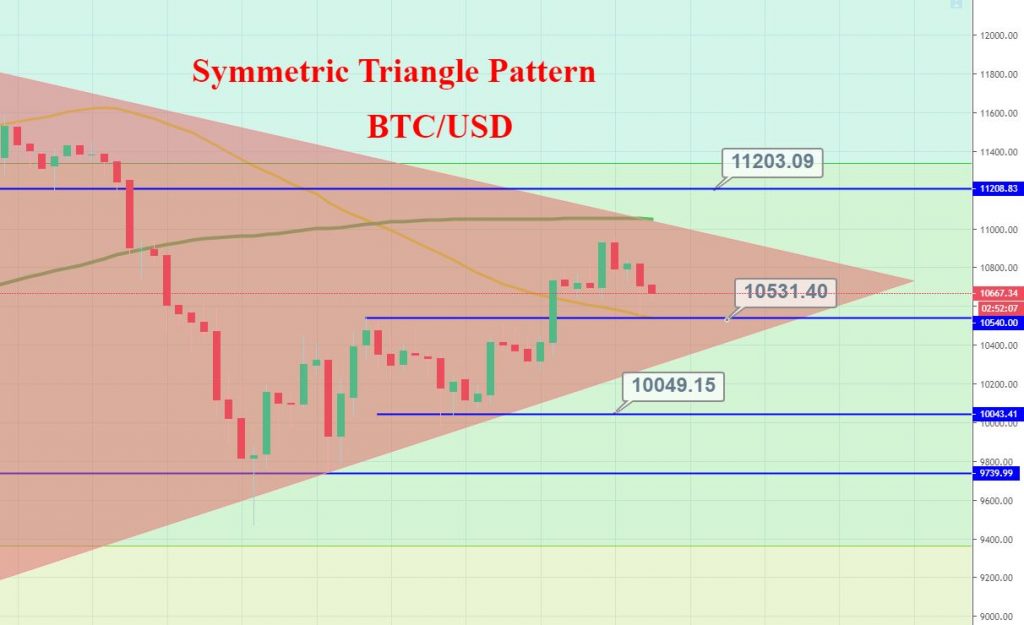