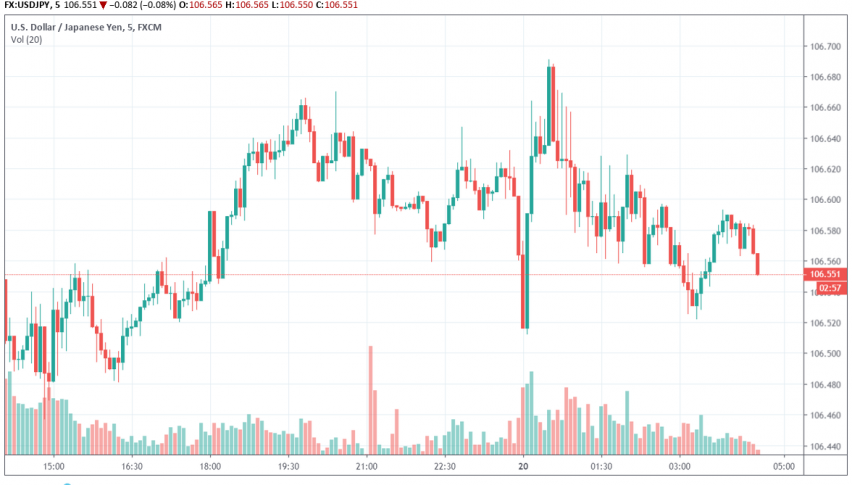 Early on Tuesday, the US dollar is holding steady close to a three-week high as markets trade with a risk-on sentiment over expectations of central banks stepping in with stimulus measures to support global economies. The improvement in the market sentiment has also brought down safe haven currencies like the Japanese yen and the Swiss franc.

At the time of writing, USD/JPY is trading at around 106.55, after three consecutive days of the yen declining against the dollar. Markets are trading optimistically after US bond yields started climbing higher, erasing concerns of the US economy heading towards recession. There are also expectations that the Fed could announce stimulus measures at its upcoming Jackson Hole symposium to lend further support to the US economy.

The mood in global financial markets lifted further over reports of PBOC introducing reforms to help lower corporate borrowing costs, to drive up investment by companies. In addition, markets are expecting Germany to step in and buy new debt to keep its economy from plunging into recession.