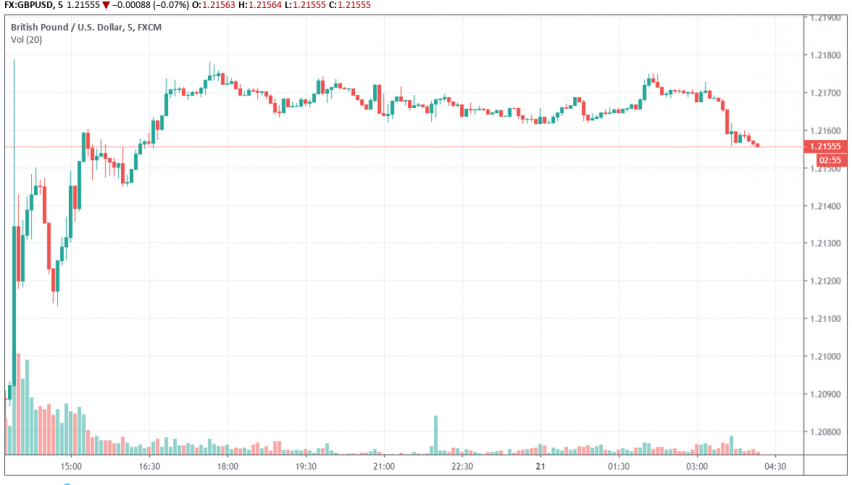 After a brief jump higher on Tuesday following German Vice Chancellor Angela Merkel’s comments that the EU could reconsider practical solutions to the Irish backstop, the Pound is back to trading bearish once again. At the time of writing, GBP/USD is trading at 1.215.

GBP/USD gained rose over 0.7% over hopes that the Brexit deal could be revisited or updated and a no-deal Brexit could be averted. While addressing a press conference during her visit to Iceland, Merkel remarked “As soon as we have a practical arrangement where we can abide by the Good Friday Agreement and also define the borders of the [EU’s] single market, we won’t need the backstop.”

However, the EU maintains that the withdrawal agreement is not open to renegotiation. UK PM Boris Johnson has termed the Irish backstop plan as “anti-democratic” and is all set to meet with Angela Merkel later today to discuss scrapping this plan.

With Brexit back to going nowhere, the little hope that the Pound had mustered over strong economic data last week seems to have finished its effect. Until there are positive developments on the Brexit issue, the Pound is expected to continue trading bearish in the long-term.